We’ve been following Foxtel Go for awhile now, and secretly hoping that they’d expand the offering on Android to more than a select few Samsung devices. As it happens, the team behind Foxtel Go are working furiously on it, and just last week released an update that would see compatibility with the new Samsung Galaxy S5.

Well, today we’ve just now received a phone call from Foxtel advising that another device has been certified for use with Foxtel Go, and surprise of all surprises, it isn’t a Samsung device. No, this time it’s Google’s 2013 hero, the Nexus 5 that will be receiving Foxtel Go goodness.

The update has already been made, and so if you’re a Foxtel subcriber and a Nexus 5 user, you can head right to the Play Store now to install Foxtel Go, and get watching. 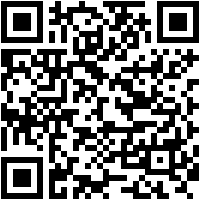 We are hoping, though, that it won’t be long until we see support for other popular (and recent) handsets, such as the One (M8) for example.

What devices would you most like to see Foxtel Go supporting? We can pass it on!

Can you ask them if they’re considering Chromecast support for Go? Would be good timing for the Australian Chromecast launch…

Installed and I could login but when I tried to play I was told “you can’t watch Foxtel Go on a jailbroken device”. I am not rooted but my bootloader is unlocked.

I got it working on my old nexus 7 2012. Bootloader is unlocked on that. Is SuperSU or anything like that still on your device? Not sure what it uses to check for root but I rooted my nexus 7 from a clean stock factory image and it works for me

Good point. I was rooted and and just haven’t bothered to do it again since the last OTA update so that is probably the reason.

Doesn’t work on the nexus 5. Just hangs at startup

For the N5 users who have the Foxtel Go app running, do any of you have ART enabled? I’m not suggesting this is the issue but I guess it’s possible. I have ART enabled on my N5 and can’t get the app to work.

I have ART enabled, it could very well be part of the problem. No chance of me ditching ART for a solitary app though. Might try Dalvik just to see if it works, but regardless of the outcome I’ll be back to ART shortly thereafter.

“Foxtel Go does not support ART. Please insure your Nexus 5 is operating with DALVIK.”

Yep, I discovered today after reverting to Dalvik that ART is indeed the issue. Or, more accurately, Foxtel Go is the issue, seeing as ART works for every. single. other. app. I. have.

It’s almost like they’re trolling the Android purists. “Oh hey, you can use Foxtel Go on your Nexus 5 now… But not with ART which, as a Nexus user, you probably have enabled because that’s how you guys roll. Suckers.”

Yeah screw that.. Not that desperate to uninstall ART just to install foxtel go… Deleting it now..

I’d like it to be compatible with CyanogenMod ROMs.
I prefer CM11 on my Galaxy S4, but can’t use Foxtel Go because its not Touchwiz.

You will be waiting a very long time indeed, my friend.

The day after I bought an iPad! Ah well, I’d be a liar if i said that’s why I wanted it… although it was a factor in the missus approving the purchase!

Does miracasting work with the nexus 5? I’m guessing not, but was curious all the same

Would this work on a nexus 7 or 10 if you change the model number to match the nexus 5 ?

Tried that, only get a force close

It works sort of on my HP touchpad

I got the first show to play but as soon as you choose another ….. no dice.

About bloody time! This is very good news. Hopefully we see Foxtel quickly rolled out to Nexus tablets and other Nexus phones, not to mention other Android devices broadly. I gave Foxtel an absolute shelling on their forums the other day. Maybe they actually listened!

You’re not the only one. I’ve been hammering them for bloody ages!

Nice! Telstra/Foxtel have just made Go available to T-box customers as well!

How about ALL S4’s (not just Australian ones). I have a grey import S4 and the app won’t work.

Is your S4 an Exynos octa-core 3G or Qualcomm quad-core 4G model?

Foxtel can get stuffed. Hulu and Netflix all the way.

Seems a bit harsh, since those a US services. Why hate on Foxtel bringing their app to (arguably) the darling of the Android community?

The biggest problem is that it has been technically possible to run this on Android for over a year and Foxtel have blocked it. Of course we’re happy it’s now here but you can’t just wipe out their total ignorance (seriously, read their forums).

Actually good on them for making an effort mind you I don’t use them and never will. The sooner Hulu and Netflix make their way to our shores the better because that will force Foxtel to mend their ways. Should the current Murdoch puppet government try and prevent their entry the ACCC can hopefully step up and make changes or even better break apart Foxtel to increase competition.

I’m more worried about Netflix launching here and have a crappy selection and higher price. I suppose I’ll be able to continue DNSing myself as an American though.

Weird, it can install to my old Galaxy S3 (vodafone).
But not my Nexus 7
or
Xperia Z (vodafone)

I actually can’t get past the load screen on my N5… Anyone else having issues?

Try switching to Dalvik if you are running ART…