Home Mobiles Is this the front panel for the Moto X+1?

The Moto X+1 is sure a hotly anticipated phone, Motorola announced the replacement was coming late this Summer earlier this year at Mobile World Congress in a Q&A session and we saw a Motorola phone, presumed to be the Moto X+1 out in the wild dressed up in a test box last night. Now the front panel for the Moto X+1 has apparently shown up on Chinese site Baidu. 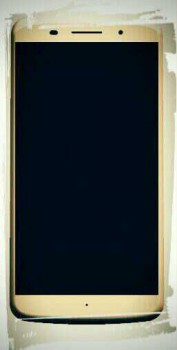 It’s quite a tall phone if that is indeed the front panel for the phone. But the phone is rumoured to have a 5.2″ 1080P screen, making a decent update from the 4.7″ 720P display of the Moto X.

There’s no guarantee that the Moto X+1 will make its way down under when it’s finally announced, the Moto X finally arrived on our shores nearly nine months after it launched initially. Hopefully Motorola can release it here in a timely manner.

If this is the Moto X+1, What do you think of the front panel?