Home News and Editorial LG to demo a 6-inch QHD panel next week and 700 ppi... 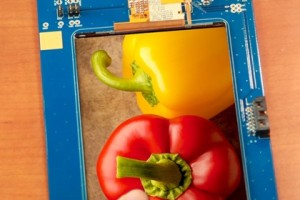 After releasing a smartphone with a 5.5 inch QHD display, LG has announced they will be demoing a 6 inch QHD panel at next weeks Society for Information Displays (SID) Displays Week in San Francisco.

During an interview with a senior researcher at LG Display, it came to light that development was underway on a 600 ppi and 700 ppi smartphone panel. He also stated that LG was at the forefront of pixel miniaturisation, and that it would be difficult  for its competitors to catch up without significant resources. The timeline for the release of these panels is not yet known but LG have said that higher resolution displays would make their way onto phablets and smartphones in the near future, as 4K content becomes more mainstream.

I must say, when I first saw heard about 700 ppi displays I said “Far Out” or words to that effect, then after I started thinking about it a while, I thought, do we really need 700 ppi QHD panels on smartphones/phablets?

Ppi is da most important spec of a phone, da higher da better so this is a good move by LG

On sub 5in smartphones, I can’t think of how such a high ppi would be of benefit.
On 5in to 7in, higher ppi and a 1080p, or even QHD, screen is worthwhile.
On 7in and up even higher ppi for 4K will be brilliant.

PPI would become less important as devices got bigger. Not much less, but less. 300ppi on a 10inch tablet is enough to more than satisfy as you hold it further from your face. This is where Apples marketing of a retina display makes sense as its not base on ppi but usage. Discernable pixel distant??? I don’t know.