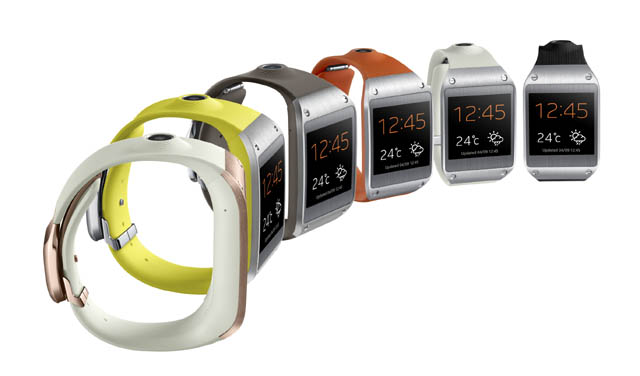 If you own Samsung’s first ever smartwatch, the Galaxy Gear, you may have found an update being pushed out that moved the Gear smartwatch from Android to Samsung’s own Tizen OS. Tizen OS is, of course, the operating system running on the new Gear 2 smartwatch  released a few months ago.

Samsung has begun rolling out an update to the Galaxy Gear that will bring it over to Tizen. The update carries Tizen software version 2.2.0, and while the entire OS has been replaced, most users won’t notice any visual differences.

Users who have already received the update have reported that the update does wipe all data stored on the Galaxy Gear; however, there is reportedly a warning screen shown before the update applies, prompting users to back-up their data and sync with their phone, in order to restore those settings once the update is complete.

Furthermore if you have installed any third-party apps, some will not work after the update as those apps will be deemed incompatible at the moment, unless developers move their apps to Tizen.

Here is what we do know the update will bring to the Galaxy Gear smartwatch:

If you own a Galaxy Gear smartwatch and have updated the firmware from Android to Tizen, we would love to hear what your thoughts are or if you have experienced any issues with the update in the comments below

The beginning of the end for Samsung in the Android device market, bring it on! They’re kidding themselves if they think they’ll retain their market position with this still-born bastard Android knock-off. There is nothing in Tizen for consumers, it is all for Samsung. Do they think Android users will give up their app ecosystem for this? Oh sure.. for a little while they’ll include a VM which’ll run Android apps (poorly), but the end experience for Android users will be crap. Samsung don’t have a good track record creating software that is popular with users (look as TouchWiz). I… Read more »

Place your order today and have a taste of our services.

They must have felt pretty silly doing this after android wear was announced. 😛

“Updated to Tizen” is certainly one way of putting it. 😛

I’m not so polite, whispy.
Another slap in the face to Android by Samsung, is the more honest and accurate description.
Not only due to this, but also due to how Samsung strives to bury all signs that their phones and tablets run on Android through Samsung smothering Android under TouchWiz.

Theres generally quite some benefit to samsungs customised framework. I find myself torn between CM11 and Stock samsung on my Note 3

I’ll never go back to custom roms anymore. Not worth it. Always encountered problems and bugs. Especially most of the time the main problem being the camera rarely worked. There are so many features that OEMS release that I don’t feel the need to root and flash.