Has the pressure of your busy life caused you to lose contact with some of your friends? Maybe CatchUp, an app from Australian studio Less Than 3 can help with that. The app curates your phone’s contacts, and reminds you if its been too long since you were in touch with your selected contacts.

The app was developed by husband and wife team Jeremy and Sarah Connor (who may or may not have a very important son) in Western Australia- they wanted a way to remind themselves to keep in touch with their friends after moving a long distance away. It’s a neat concept that’s easy to grasp, and the app has a simple, stylish design. Because it uses your phone’s contact list it’ll be kept up to date when numbers and contact details change.

There are a few things you should be aware of, though. CatchUp uses Android’s contact system to track interactions – this works great for phone and SMS interactions and usually Gmail and Hangouts, but not all apps play nice in this regard. Social networking apps often draw contacts from your device’s contacts but don’t update them when interactions occur, so CatchUp might have a bit of a distorted view of when you keep in touch with some contacts – we’re told by the developers that WhatsApp and Facebook are notorious in this regard. For certain users, that’s not a problem – there’s plenty of people out there who stay in touch exclusively using calls and SMS, and you could easily make the argument that you should contact people personally if they’re important enough to warrant reminders.

If you run into someone in person you can reset the timer manually, and the app gives you a nice colour-coded circle so you can see who you need to get in touch with quickly and easily within the app. We’d like to see the ability to arrange contacts into groups within the app (eg business, personal, location-based), as well as some suggestions based on your recent activity when the app first starts up, but those are just a couple of minor changes.

If you’ve ever had that guilty feeling because you’ve left it too long between chats with a friend, you can be rid of that guilt for the paltry sum of just $0.99. The app is now available in Google Play. 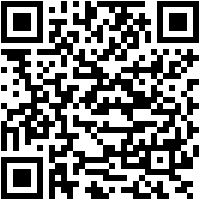 It’s a good idea and could be a dollar well spent. They just need a few missing features and they’ll be set. I could see this being something Apple would just integrate into iOS though..