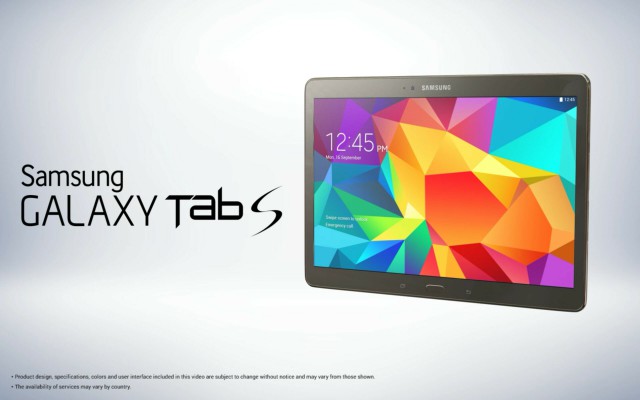 Ramping up to the Tab Into Color event, which will be held in Madison Square Garden in New York on the 12th of June, there’s obviously going to be leaks, this time it’s in the form of images which point to functionality that Samsung will include in their new line of tablets.

Based on the phones in the Galaxy S line, the introduction of features from the phones is a given. The Fingerprint reader will be present to of course unlock the phone, as well as authorise PayPal transactions. There will also be a Remote PC function, to remote desktop to your computer from your tablet, much as what has been seen on the NotePRO.

A function to receive calls on the tablet has also been included, similar to what LG has done with their QPair app, but this being Samsung, it will most likely only work with Galaxy phones.

We’ll find out hardware specs and more at the June 12th launch (June 13th at 9am AEST for those who want to watch). Rumoured hardware includes a 2560×1600 resolution on the 10.5″ and 8.4″ displays. Powering the tablet will be an octa-core Exynos 5420 processor which is paired with a Mali-T628 gpu and 3GB of RAM. For a tablet, the photography side of things will be taken care of with an 8MP rear camera and 2.1MP front-facing camera. A microSD card slot will be present to enhance the 32GB of internal storage and Android 4.4.2 KitKat, with the Magazine UX will of course be the software.

Tune in next Friday morning to the Samsung Mobile YouTube channel to watch the unveiling of the Galaxy Tab S series.

Looks Nice and sounds impressive.
Looking forward to this one as it will be a worthy replacement for my – still going strong – Galaxy Tab 7.7!

I wonder how Samsung’s remote desktop compares to RDM+ ?