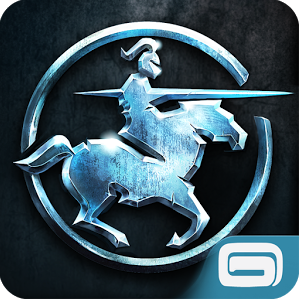 ’twas a simpler time, of Kings and Queens, Sirs and Ladies and it’s to the Sirs, that Gameloft is aiming their new game – Rival Knights towards.

In their exciting new game, Rival Knights, you’ll take on the noble role of a jousting Knight and compete with thousands of players in online combat. You’ll battle across five leagues to ultimately seize castles & thrones of fallen enemies.

The game is free to play, but bears the now familiar ‘Offers in-app purchases’ label in Google Play. There’s over 120 mounts, lances, armors, helms & more to unlock in the game, as well as the ability to upgrade them, and you can gain temporary boosts when playing. So, obviously if you’re willing to pay, you’ll get access to equipment and boosts much faster.

The game looks to be a lot of fun, with excellent 3D graphics, which include motion-captured ‘animations for knights & horses’. There’s changing weather conditions for you to take into account as well as different lighting conditions based on the time of day.

For a free game, it looks like a world of fun, head on over to Google Play to install it and unleash your inner gallant knight.