Google Hangouts on the web has apparently gained a new feature in the form of a sketchpad you can use to draw and share pictures.

The feature appears only in Chrome on the web, the option for a sketchpad – a paintbrush icon – appears when you hover your mouse over the camera icon normally used to upload, or take a picture. From there you can choose colours, paint brush size and shape – circle or square at the moment – or upload a picture to annotate.

The Sketchpad is also good for collaboration. Send a picture to someone in hangouts and when they hover over the picture, the pencil tool appears in the top right corner, click it and they can add to the picture and it’s updated on the receivers end.

The feature hasn’t been announced by Google on any blog or the description of Hangouts for Chrome extension in the Chrome webstore. It’s a pretty neat feature, and surely only one of many we may see in the lead up to and at Google I/O, maybe even an update to the Android/iOS app to allow this on mobile. 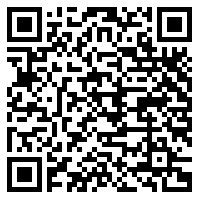