With the World Cup Soccer (Football) due to start on 12 June here’s another App to whet your appetite.

I don’t know about you but I’m one of those soccer fans that comes out of the woodwork every four years to support the Socceroos in their quest to become World Champions. Okay, so we may not have the best team on paper this world cup, but we’ll still support them for as long as we can and then if they get knocked out there’s always a team from another country that we can jump on to take us to the final.

So I’ve had a bit of a play with this App and you can add your favourite teams which has a summary, squad, calendar and notifications tabs and you can set reminders to let you know when the Soccerroos next match starts among other notifications. You can also follow Live Soccer via Facebook (Yuk), Google+, Twitter or Tumbler. So this Saturday, the 14th of June get ready to watch Australia play Chile in their first World Cup match of the tournament and lose some sleep in the process. 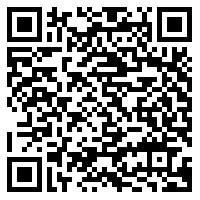