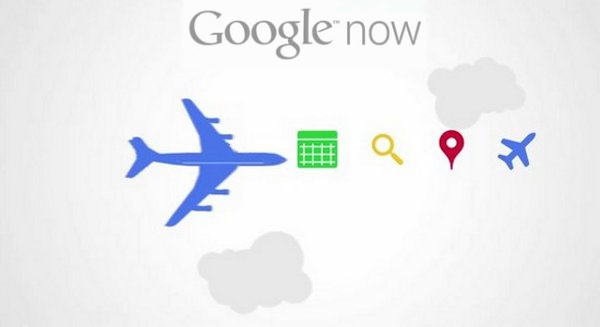 We have always thought that Google’s grand plan for Google Now was for it to run our lives for us. If you sign over your life to Google Now its ability to predict what you are doing or going to do is nothing short of amazing. My first such occurrence of this was when I searched for the MCC museum one day as I was heading there that afternoon. Within an hour a Google Now notification popped up telling me how long it would take to get there and what route to take. At the time I was a bit freaked out. A little bit Big Brother for me at the time and I turned it off but now I have signed over to it lock, stock and barrel. What has changed?

Google Now is set to become even more entrenched in your lives. There was a rumour a few months ago that Google Now will gain the ability to detect events in your other “Google apps (Gmail and likely Hangouts), and then ask if you’d like those events added to your calendar with a card in the Now lineup.” Android Police’s 9 out of 10 confidence in the rumour seems to have been spot on.

Yesterday, Google began rolling out to users these “inferred events” and integration between Gmail, Google Now and the Google calendar. Now, if a user gets an event email in Gmail, Google Now will create a card for it and ask the user if they would like to create a calendar event for it. It may seem like a small addition but to me it signifies Google’s ambition to unify all their apps into one notification centre- Google Now. It remains to be seen if Google extend this ability to their other apps such as Hangouts and Keep.

Personally, I like the way Google Now works. I like that it reminds me of things in my Gmail- eg. plane flights, packages shipping from eBay sellers or updates to certain websites I often visit. I like the way it gives me the finished scores and upcoming games for the FIFA World Cup. I like that it tells me NBA Finals updates. I love that it tells me all of my appointments that my wife sets up for me so I don’t double book myself and get in trouble. It really does make my life easier.

The “inferred events” is also another sign that Google quite possibly knows more about you than you do yourself. I often forget events and dates but it seems Google won’t forget them for me now. Part of me is slightly disturbed by the depth to which their knowledge goes. Who needs the NSA when we have Google?

Do you use Google Now? How much do you rely on it? Do you think this is becoming too invasive in our lives? Is Google the new Big Brother?

i haven’t really benefited from Now all that much. For me it’s still in a gimmick type state. One thing I was excited about was bill reminders but it seems as though us non US residents don’t have it yet. Not sure why it would be filtered as it’s supposed to be reliant on whats in you GMail rather than what someone is providing? The option in Now settings everything else section is not even there.

As a Melburnian I still don’t get to benefit from Google Now like many others do. No public transport integration means no public transport notifications. Timetables and schedules for buses, trains and trams? Forget it. Public transport ETA for your home commute? Nope. This is one of the best features of Google Now and yet it remains a glaring hole for Victoria’s capital. Unbelievably frustrating.

Yes, but is that Google’s fault or ultimately the failure of government to force the bureaucracy to provide schedules in a useable form?

It’s pretty clearly PTV and Vic Gov’s fault. Victoria’s public transport data is in an unusable format for Google Maps. PTV and Vic Gov need to hire the required expertise and get it sorted. It’s as simple as that.

If only the government gave a dog’s piddle for ICT and actually put a little bit of time into making their constituents life easier. Try and kill as much manufacturing as possible (that’s on the federal government) and do little to reign in the amazingly poor implementation of what few projects they pour money into (that’s on the state counterpart) without even trying to set out a future direction involving or incorporating proven solutions. A good start would be doing something as simple as converting public transport data into a usable format for Google Maps. I guess farmers, miners and… Read more »

The real reason they do not publish the train timetables is so that you can’t actually see the poor performance though everyone from experience knows its there.
Trains frequently arrive greater than 2-3 minutes late on my line. Not to mention whole services are cancelled because they are so far behind.
I lived in Hong Kong and there Metro considers a train officially late if it is more than a few seconds late. Also trains run every few minutes.

I love Google Now. Sure, it means Google knows everything about me but it’s damn useful. I love getting a notification for my commute home at 5pm – Google is scarily accurate on which route will take how long as well.

I’ve been using Google Now for months on my Nexus 5. It is a little creepy that it shows when my flights are or knows that I spent the afternoon at the zoo with my partner, politely sorting my photos into an album and asking to share it to Google+. But hey, it is handy.