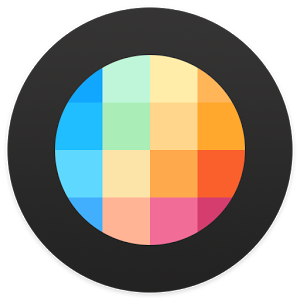 Facebook overnight launched Slingshot, a picture a video messaging service for Android and iOS users in the US designed to compete with Snapchat‘s sense of immediacy and fun.

You won’t find it on Google Play because it’s officially US-only right now, but you can un-officially install the Slingshot APK yourself and the service will indeed work here. Setup is simple, although it’ll require a phone number to complete. You can find friends either by phone number or Facebook connections.

A “Sling” is either a short video or a picture, which you can add text and send to a friend or a group of friends. Before anyone can open your Sling though, they have to send one back in response. You can also send a Reaction to someone’s Sling, usually intended to be – but not limited to – a selfie from the front-facing camera.

See if the intro video makes it clearer:

It’s an interesting take on the instant satisfaction photo and text sharing paradigm. Go ahead and install the app – you’ll be slinging (oh, dear) to your friends in no time.

We’ve been having a bit of a play with it amongst the team and found the app pretty exceptional in terms of design and interaction with a lot of neat UI animations going on, and while there’s perhaps a few quirks to be ironed out it’s pretty polished for a version 1 release.

Of greater concern to us though is the main requirement that you send a Sling back before you can open one – it gets pretty old pretty fast, and while it seems designed to perpetuate the conversation between recipients a few of us have already gotten bored with it and returned to other messaging platforms. This might be the inherent danger in bringing a completley new messaging platform to market in 2014, though.

Maybe this perception will change as more friends install it. Perhaps Slingshot’s killer app is yet to be discovered…

Have you tried Slingshot? Let us know what you think of it in the comments!

Did anyone else notice the guy riding a bicycle on a road, with a kid on the front, whilst recording his shadow? They really should not be encouraging that sort of stupidity.

it is not compatible with my nexus 4?

Look for the APK 🙂

Well good thing about competing apps is that they can steal features from one another. 😛