Home (Legacy - Do not use) Design Moto X — Review The OG Droid (I hate this name so much) was one of a line of phones that Motorola produced for American carrier Verizon. The phones shot to prominence, escalating Android to prominence before Samsung really took to the fore as the Android juggernaut they are today.

Having a successful line of phones on the largest carrier in the US wasn’t enough to stop Motorola experiencing financial issues. After a downward spiral, Google announced they had purchased Motorola in August 2011, with the sale finally completed after regulatory approval in May 2012. Besides fulfilling some outstanding contracts, Motorola essentially went dark. As rumours and leaks of the Moto X began to appear in 2013, the world eagerly awaited the first ‘Google’ Motorola phone. The rumours built to a fever pitch.

In August 2013, Motorola finally unveiled the Moto X… a US-only product. US reviews lauded the Moto X as a great phone, but Motorola – for some reason – wasn’t yet ready to roll it out to other countries. At the time this was attributed to the Moto Maker system, which allowed purchasers to customise the colours of their phone, with a staggering number of combinations. Motorola also worked to integrate this process with on-contract purchases from some US carriers – no mean feat. On the whole, while we can understand the business reasons for the limited release it still left us feeling disappointed to have been passed-over for the next chapter in Motorola’s history. These decisions lead to a bit of back and forth here at Ausdroid – feelings were hurt and egos bruised.

After a surprising UK launch in February – sans Moto Maker – the Moto X finally rolled into the Australian market in March this year, with the phone selling at retail outlets for an outright purchase price of $549. The phone was lmost 8 months late, and at Mobile World Congress Motorola even announced that a successor to the device would be coming to the US in Summer (our Winter, so pretty much right now).

All of which goes to prove that the Moto X is hideously late to market in Australia. Despite this, it’s still a phone that’s received a lot of praise, so we’re ready to test it out. Read on to see how it fared. 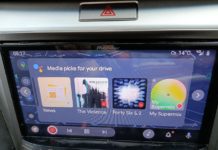 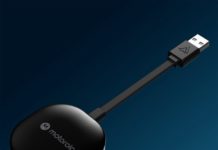 that wooden back…. dayum.
Hoping against hope that the X+1 (or whatever) comes to Oz with wooden back. I can look past mid range specs just for that.

We continuously get ripped off in gadget prices and worse of all, on old models, models that are literally selling in the clearance bin overseas and they sell them as if they are fresh from the oven here as if we are not discerning consumers such contempt.

If this year old device was sold here for its current US on special price, without its US customisation capability available at that price, then I feel last year’s Moto X would be worthwhile value for money.

edit: URL bugs. ALL Ausdroid links throughout the review are coming up as 404

Seems like a good replacement for my plastic iPhone. I wonder how much I can knock JB HiFi down on the price?

Why on earth would you buy this over a nexus 5 is beyond me. Now a moto g being half the price I can understand but not this.