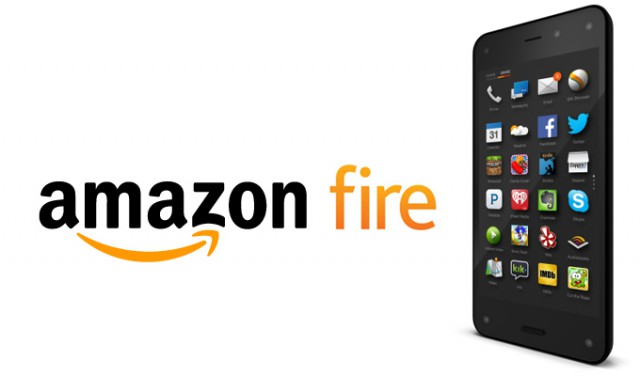 US tech giant Amazon announced its Fire Phone in the early hours of this morning, ending literally years of rumour and speculation. The phone will launch in the US on July 25, exclusively on AT&T.

The Fire Phone contains a 2.2GHz Quad-Core Qualcomm Snapdragon 800 CPU, 2GB of RAM and comes with a minimum of 32GB of on-board storage with a 64GB option available as well (sorry folks, no microSD card support).

There’s a heap of hardware packed into a nice-looking body, featuring aluminium buttons and … a glass back. Try not to freak out, Nexus 4 survivors.

The phone is fast, has a decent storage capacity and also has a pretty great looking camera… actually, it has six of them.

The Fire Phone contains your standard front-facing camera (2.1 MP) and a very nicely-specced 13MP rear mounted camera with a great array of features: multi-frame HDR, auto focus, optical image stabilization and an LED Flash. It has a f/2.0 5-element wide aperture lens on it and it ticks all the boxes for things we look for an a smartphone camera. Amazon thinks it’ll outdo Apple’s iPhone 5s and Samsung‘s Galaxy S5. Remember, like all the Kindle Fire tablets before it, the Fire Phone runs Amazon’s forked version of Android, called Fire OS. This is an Android distribution that’s completely devoid of Google services – there’s no Play Store and there’s no Play Services, a system library that’s required by an increasing number of apps distributed through Google Play. This lack of services makes for a slightly awkward proposition for many people who are dependent on Google services like Gmail, Maps, Drive, Chrome and more. If you’re not in that boat, it’s a win, with many apps available in the Amazon App Store: Amazon did finally launch its App Store in Australia last year, so there is that. But it’s not just about apps – where are you going to buy your content?

It’s been long game getting into the smartphone and tablet market for Amazon. The company recognised that successful players in the smartphone industry flourish when they provide a thriving media, app and services ecosystem, and has been building just that over the last few years – at least, if you’re in the US. Amazon provides an almost fully-featured Android App Store, bar some notable applications. There’s a complete lack of Google Services, but we’ll get to that. Amazon also provides instant video streaming for their Amazon Prime customers, and recently introduced a music streaming service as well (they already had an MP3 store). They also have the accessory market sewn up with shipping deals for Amazon Prime customers (in some areas of the US, you can even get same-day delivery on some items). The company has used Amazon Prime as its gateway service to do all these things, and if you buy the Amazon Fire Phone you’ll get a full year of Amazon Prime service thrown in. If you’re already a Prime customer, you get an extra year tacked onto your subscription.

Sounds like a dream, but for those of us here in Australia who might be considering importing a phone, remember that it’s more of a mirage. Most of Amazon’s good stuff is US-only, like their music and video streaming service, and there’s no point getting Amazon Prime for shipping outside of the USA (indeed, many of the items we’ve tried to buy from Amazon in recent years wouldn’t even ship outside of the USA).

Part of having that active ecosystem with media and more available at your fingertips is the ability to find it. Amazon has introduced Firefly to help with this (and it can’t take the sky from us). Firefly is at its core an OCR type interface, but uses both audio as well as visual cues to help it recognise things – and recognise things it does. Firefly recognises over 70 million products, from household items to books, DVDs, CDs, video games, and more in the form of Music (think Shazam), and Movies and TV. Firefly will recognise over 240,000 movies as well as TV episodes. even going down to recognising individual scenes and using that information to deliver specific information from IMDB.

That isn’t the end of it.

The Fire phone contains four additional front-mounted cameras paired with four infra-red LEDs, providing invisible illumination to create ‘real-time computer vision algorithms, and a custom graphics engine rendering at 60 fps’. It uses all this to create something Amazon is calling a Dynamic Perspective—Immersive Smartphone Experience. If you’re thinking “3D user interface”, then give yourself a treat.

Dynamic Perspective allows Amazon to use the screen in an interesting new way. There are four main things that Amazon hopes to provide:

Tilt – for panels — use the left panel to navigate menus, and the right panel to access useful information and shortcuts, like attaching photos to a text message, viewing song lyrics, and more.

Peek keeps your display uncluttered by revealing additional details and quick actions only when you need it.

Lastly, the Dynamic Perspective pulls off something similar to what Samsung did with eye tracking on their phones with Smart Scroll. You can read books and more with one hand, with the phone simply tracking your face. Mayday even includes the ability for the Amazon representative to take over your phone/tablet and show you where to go.

Sounds cool, but again, Amazon has never answered our question on whether this is available in Australia.

Amazon will begin shipping the Fire Phone on the 25th of July in the US to AT&T customers and people wishing to purchase the phone outright. It’s available to order on Amazon’s website on a 2-year AT&T contract for $199 (32GB) and $299 (64GB). If you want to purchase outright, you’re looking at USD $649 for the 32GB or USD $749 for the 64GB version.

Of course, you can’t order it for shipping straight to Australia – we tried, and got this good old error message:

We’re sorry. This item can’t be shipped to your selected destination. You may either change the shipping address or delete the item from your order.

You can of course have it sent to ShipItTo, ComGateway or any other US-based shipping forwarder you want.

If you’re looking to get a Fire Phone you can purchase it with relative assurance it’ll work here, too – with nine global LTE bands included in the phone this is one of the best-specced phones we’ve seen in terms of LTE support. There’s support for our general 1800 Mhz LTE band, but Optus 4G Plus customers are once again out of luck.

With nine global LTE bands – including some not actually used in the US – it seems likely the Fire Phone will launch outside of the US, but just like the Kindle Fire tablets, we expect it may take a little while to reach our shores.

The issue is of course with services – Amazon’s Music and Video streaming services are not yet available in Australia so it’s likely we’ll need to wait for Amazon to launch Australian services to support the device.

Given the look of what they have to offer though, we hope that won’t take too long.

Are you interested in the Fire Phone? Tell us in the comments!

What Android is it forked from?

Engadget says Android 4.2. But notably, Amazon themselves don’t say anything.