Anyone heard of a phone called the OnePlus One? How many people have seen? Some people believe it is in the same category as the bunyip, Big Foot and the Loch Ness Monster. Believe it or not, I have one so I do know it’s real. For many of you readers though it may as well be an urban legend. Firstly the OnePlus One is not openly available for purchase in the traditional sense. It is only possible to purchase with an invite. Therein lies the second problem. Invites are as scarce as hens teeth. OnePlus are only releasing invites to potential owners when they have stock available.

OnePlus have come in for a lot of criticism for their inability to provide enough devices for phone enthusiasts hoping to buy this “flagship killer”. Until now OnePlus have been mostly silent on the issue. Carl Pei, Director of OnePlus Global, has released a statement in typical OnePlus style, via their forums:

The excitement for the One has grown a lot and reached a point where everything we say is speculated upon and sometimes misinterpreted. The best way for us to solve this is to get the device into the hands of as many as possible. We are doing everything in our power to increase our shipments.

He goes on to say that they are definitely not holding stock back on purpose. Their goal for “the first few years” is to not make any money. They want to get the OnePlus name out there, have it synonymous with top quality phones at a cheap price. To do that they need to get the phone into the hands of users. They are not spending money on media advertising ala Samsung etc, they are relying on us, the users and enthusiasts to spread the word. Limiting production would have a detrimental effect on achieving this.

The LCD screen used in the OnePlus One has a three month procurement cycle, and they ordered for the current batch going out was before the April 23 product announcement. They never anticipated the hype they had created for this phone and they never expected this many people to want their phone. Being a startup company sheer survival is a win. “Sitting with excess inventory is something that can quickly kill us. Therefore, our initial sales estimations were conservative.” Thus once they realised they had a possible hit on their hands it was too late to supply the devices to a majority of potential customers in a reasonable time-frame. 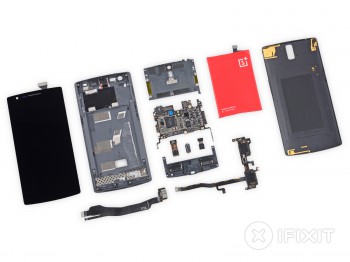 So why didn’t they just up the production once they realised their device was the hottest phone not on the market? Apparently it was because they had very high quality control standards causing “low production yields”. They reject 30% of the LCD screens produced. The back covers are made of unique materials and thus their manufacture is difficult and once again production yields are low. Their choice of 64GB memory is also holding things back. 64GB is uncommon in phones and thus not many of them are produced, once again slowing down OnePlus One production. See the trend here? Maybe OnePlus have bitten off more than they can chew when it comes to their #NeverSettle motto. 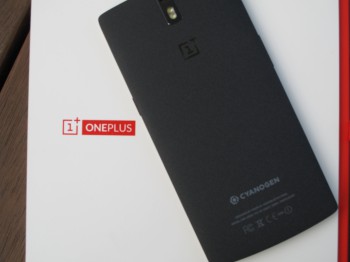 So what are they going to do about it? They are planning to increase production in the coming week. As promised the availability will be increased by the end of June but not as much as expected at the beginning of May when they said “Later in June – Increased general availability, people who want it should be able to get an invite without much trouble in June.”

In another announcement OnePlus have stated that they will be introducing a pre-order system hopefully in the third quarter but this time they are not making any promises. They say this will happen when “business operations are on track to handle the demand”. It remains a guess whenever that will be. The third quarter begins in just over a week so it is doubtful it will be early in the third quarter.

Carl closed off by saying that they are “quite stressed at the current state of affairs” and that they are “sincerely sorry” that they “couldn’t get everything right on the first try”. There are two thoughts going through my mind. One, they are a phone company so provide a phone for people to buy. On the flip side they have only been a company for about 7 months. To have a phone out in that short time is an amazing effort. They have had to set up everything from scratch. All the customer service, the distribution mechanisms, the entire company. You may argue that they had Oppo to help them but their company structure is entirely separate. They may be owned by the same parent company and Oppo may manufacture their phones for them but that’s as far as it goes.

They have done a decent job so far but maybe they shouldn’t have made such ambitious promises. Hopefully they have learnt from their mistakes. Communication with customers, especially at this early stage in a company’s lifetime, is essential for success. In a couple of years, when we are buying their flagship killer phones at any time after announcement, at a fraction of the big guys’ prices, maybe we will look back on this and laugh.

Does this explanation from OnePlus soothe your wounds? We all know of someone who has been disappointed by the OnePlus availability situation. Maybe this will make them consider OnePlus again or is it too late?

I joked that the Nexus 6 would be released before the OPO becomes widely available. It seems I wasn’t far off the mark. No doubt the N6 will have better specs, a smaller size with the same 5.5″ screen, and Android 5.0. OP might think they’re ensuring brand loyalty, but people will simply look elsewhere when their followup release next year is the same price as HTC’s and Samsung’s flagships.

Im holding off purchasing anything until seeing the what next android version will be. If it supports 64bit then all current flagship phones will have very short lifespans, even if google release it in 32 & 64 bit flavours.

Newer products are always better, this hasn’t significantly reduced the lifespan of previous models. 64bit’s main advantage is addressing more memory. There are not a whole lot of apps that need to address that much memory at once.

There will be performance gains though, but better processors in newer phones have had the same effect in the past.

64bit may ad further fragmentation with developers, app makers and give phone producers an excuse not update a phone. Im just holding off and having a wait and see approach, and perhaps giving others a heads up in the meantime.

1. There is no way the new version will not have backward compatibility for apps. That’s like releasing a phone with no app support and we know how well that went for Microsoft. 2. There will definitely be a version that can run on 32bit hardware. Again, Google will not suddenly draw a line in the sand saying you cannot have this version without certain hardware. There will either be two versions or a version that can use 64bit capabilities if the chip supports it. 3. People that care about phone updates are not stupid. The phone companies know this.… Read more »

I’m glad some light has been shed on the situation, but I’m not discouraged. I’d be hunting invites if I actually needed a new phone so it’s probably for the best I can’t get one!

I won a T-shirt from OnePlus with “Never Settle” – it’s kind of funny that I have had to settle for a T-shirt because they won’t let me buy a phone!

Thanks Scott, glad some constructive information has been released, it was like they were toying with us with this invite system.