Home Mobiles Project Ara powers up in public, but has a long path ahead... 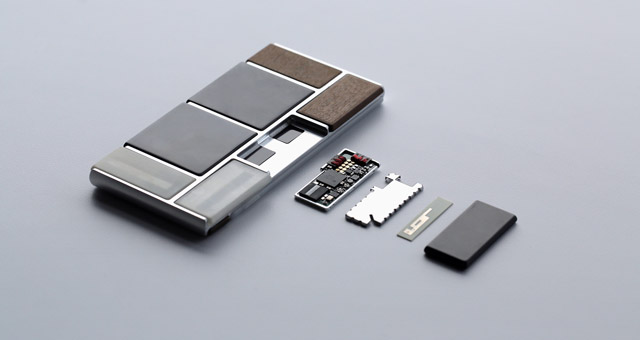 Paul Eremenko, technical lead for Project Ara has shown off a functional prototype of Google’s cheap, modular smartphone for the first time at Google I/O. During the presentation, the device powered on but failed to get past the boot screen.

It’s a step forward from the last time we saw an Ara prototype in public back in April, but clearly the hardware and software still has a long way to go. Eremenko said that Android needs some major work under the hood to allow it to handle hot-swappable hardware modules, and that the team has had to explore new ways of handling interconnections between those modules. These are lines we’ve heard a bit over the last few months, so it seems progress on solving those problems might be a little slow.

Ara has faced scepticism (including from yours truly) over whether there’s really a large enough variety of hardware modules that could be built to warrant its core modular vision, including whether the size of the market for the device can support development of the modules. Eremenko threw out a few suggestions for modules we haven’t heard before – including a premium camera module that could be shared with others, a night-vision camera and some kind of key fob for use with a car.

If you’re still not convinced about the variety of hardware modules that could be produced for Ara, maybe you should leave it to the developers. Eremenko announced a developer competition to design and develop a novel and unique module to do something a smartphone has never done before by September 30th. The winner will claim a USD $100,000 prize, and two runners-up be flown to the next Project Ara developer conference. Disappointingly, entry is only open to US residents.

Video of the session – A 3D tablet, an OSCAR, and a little cash. Tango, Spotlight, Ara. ATAP – isn’t online yet, but we’ll update when it becomes available.

Would you use a modular smartphone like Project Ara? Do you have an idea for a module? Tell us in the comments!