Home Smart Home and Wearables Around the Home Sony Australia will be incorporating Android TV into their HD and 4K... 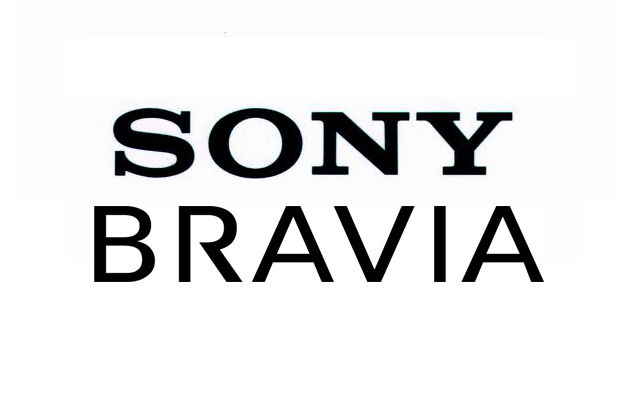 With the launch of Android TV at Google I/O yesterday morning, it’s now down to actually finding out when products will be launching. With Android TV launching worldwide in the ‘Fall’ (Spring here), we’re left to confirm if we will in fact see the partners named at the launch will be bringing Android TV to Australia.

At yesterdays launch, Google named three hardware partners, along with a number of chip manufacturers, as partners to launch Android TV products. Philips, Sharp and Sony were the three big names listed on the slides at Google I/O. With Philips no longer ranging TV’s in Australia we’re down to the other two partners who Google named at the presentation yesterday – Sharp and Sony.

We spoke to Sony Australia, who were able to confirm their plans to incorporate Android TV into their Bravia line of TVs, saying :

Sony plans to adopt the new version of Android OS across a wide range of its HD and 4K BRAVIA TV models from FY 2015 onwards.

We only have a rough eta for the arrival of Android TV, but we expect to see it around the October/November launch time as we get the Nexus phone each year. We certainly hope to see Sony TVs launch here in Australia and look forward to seeing what Sony can produce.

I just bought a 60inch SONY TV for $1500 and now i hear this? I really hope they offer updates for their previous TVs to android.

I find Sonys existing TV interface to be my favourite to use so I’m interested to know how this will be integrated .

This will most likely be how Sony will implement PlayStation Now on their TVs.

This just seems like a horrible idea to me. How often do you replace your tv? Maybe every 10 years, unless it breaks or there’s some “must-have” enhancement on new tvs? Even if it’s every 5 years … do you think that any tv manufacturer will be keeping the Android TV OS up to date for 5 years? I suggest not. Give me a high quality dumb panel any day, and I’ll plug my Android TV device in via HDMI. Then replace/upgrade it as I need to. I don’t want to have to replace my entire tv just because Sony… Read more »

Well they already make shit smart tv’s that won’t get updated.. what’s the difference. Better to have a good Android TV that doesn’t get updated than a shit ‘proprietary OS’ smart TV that never gets updated. And I think we could assume that the changes in Android TV between releases are not going to be huge. It’s a TV and it just can’t change all that much. Ten foot is ten foot. The biggest limitation will be that new games come out that will look shit on your shitty 10 year old TV because of the limited processing power. And… Read more »

I wonder what Hisense will do?

Do they make Android phones anywhere in the world? I’ve got a Hisense fridge at home and it’s great!

No idea.
I was wondering more due to their Android based Smart TV line which was launched back in early May.

They do indeed, they’re pretty limited in terms of availability though.

Kogan have their own line of Agora (android-based) TVs too. I was tempted to get one once but decided against just because the tech wasn’t quite “right”, being their own made up version of Android.

A predefined platform from Google is going to be better for everyone so hopefully these other manufacturers pick it up.

I have a Kogan 1080P and also a 4K one direct from the manufacturer (demo model) that Kogan rebrands. Given the crazy-cheap price you can hardly complain (4K TV < $1000). I'd been granted the rights to resell these TVs with our own custom firmware (i.e. properly designed fast TV firmware) by the TV manufacturer, however but the SoC manufacturer refused to comply with the GPL so I couldn't proceed. Too late to the party now, opportunity missed!

I was wondering how that turned out. Mediatek? They are well known for being very selective with who they give source to.

Actually I got the source from Kogan for their TVs. Took a bit of massaging to compile it on OS X, check my Github. MStar (now owned by Mediatek) would only provide me with a license to their SoCs that contradicted the GPL. I suspect Kogan didn’t get permission from MStar to give me the source, ah well, it’s public now 😉

How does the Kogan 4k PQ look/feel against an LG 4k TV? I wanted to get the LG 55″ but at $4.5k it’s hard to think that it’s 4x better than the Kogan. I want to plugin in an Intel NUC with 4k output. Btw, who does Kogan rebrand for the 4k panel ? Id like to see one before purchase.

I haven’t seen the LG one but I’m sure it would be significantly better. The panel in the Kogan TVs are from Chimei Optoelectronics. The panels themselves are actually reasonably good. However the firmware on the TV is pretty awful and significantly detracts from the experience. This is why I planned to produce custom firmware. The 4K is also only 30FPS (because it’s over a single HDMI cable). I don’t know if the hardware can theoretically handle more, this was something I planned to investigate with custom firmware. If you plan to have the TV for a long time then… Read more »

Thanks for the reply. I wonder if they will update the firmware to HDMI 2.0 as that supports 4k @ 60fps, saying that would it be worth it? I have read the 4k content on the tv looks good. Have you tried and what are your thoughts. If the interface is rubbish, then it might be an issue for the rest of the family.

you don’t happen to know the remote code of the kogan 4ktv panel would ya? i just received a bullish!t email response from kogan in regards to their 4ktv and xbox one connectivity (which I’ve attached below) Helmuth Alabarce Jul 10 12:56 I have an xbox one and have been trying to get the tv kinect functions set up but it cannot find them automatically. I would like to know what the remote control codes are for the system to get these up and running. Also, on a side note, just wondering if it is possible to upgrade to a… Read more »