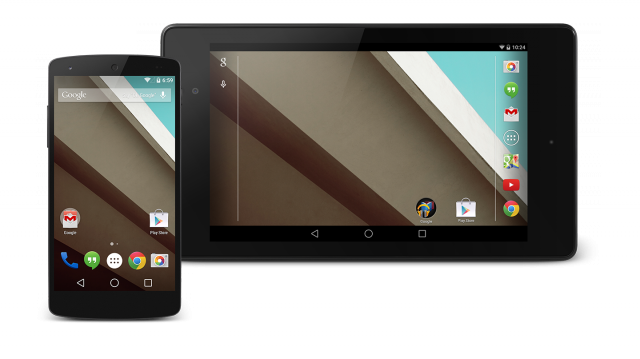 With any update to a Nexus device, Root access is generally only a short time away and that has rung true with Googles latest update for Android – the L Preview.

You’ll need the latest version of your devices custom recovery (CWM or TWRP) installed first, but with that done you can then flash the modified SuperSU and Boot Image file for your device (Hammerhead and Flo are both provided) courtesy of XDA-Developers member Savoca. You can grab the files from this thread on XDA-Developers.

For Nexus 5 owners, there’s also the option of a pre-rooted Android L Preview image, which of course takes all the fun out of it, but it works. If that’s the way you want to roll, you can head over to XDA-Developers and grab the files here.

Go get it, but of course, you should remember that the Android L Preview is just that – a preview. A couple of us here at Ausdroid are running it, but have found a number of issues with the ROM. So, if you need your device 100% working, you may want to remain on KitKat (4.4.4) till Google is ready to release Android L officially.

Given the ever-growing list of apps that will not work on this preview she’s certainly not daily driver material! I had it on my Nexus for about 3-hours before pulling pin.

I’m powering through. Not a huge list of my apps not working and i’ve worked around most of the ones I’ve found. But you’re absolutely correct, not the daily driver material, well for most people.

Only thing bugging me at the moment is Netflix not working with Chromecast. Other things I can deal with (so far). Will see how I go on Monday at work 🙂