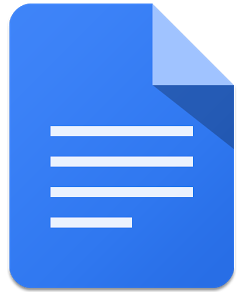 After Google announced they would be removing the Quick Office application on Monday, there were a number of users who noted the lessened functionality of Docs compared to the Quick Office app. Notably the Word compatibility was missing, but todays update fixes that as well as bringing a few new features and a new look.

According to Android Police, the Docs app will now let you create, as well as edit Word Docs, it also includes a differentiation in the file list between Word and native Docs files. Users can now open files from device storage instead of just Google Drive. You can also send files as PDF or Word. There’s a also improvements to the dictionary allowing for better spell-check and corrections.

As well as features the Docs app is one of the first post-I/O Google apps to receive an L style redesign. It’s not quite fully there yet, but it’s a start. The list of changes to the look includes :

Android Police have screenshots of the new app, which looks pretty nifty. As usual you can also find an APK download (on multiple mirrors) which you can use to update your Docs app, Or, you can just wait for the update to roll out to your device.