Each time Google release a new version of Android it is a lot of work for Xposed framework developer, Rovo89, to get Xposed framework working for the many users that rely on it. All those past experiences with modifying the framework to the newest version of Android may end up seeming like a walk in the park compared with what is most likely in store come November and Android version L. Rovo89 has answered some questions that every user of Xposed modules has been dying to ask, Will it ever work with ART?

The Xposed framework is a mod that allows a module, through use of the Xposed framework to alter any and every app’s behaviour when it starts, or at “runtime”. Runtime, sounds familiar doesn’t it. Everyone who followed the announcements at Google IO 2014 will know that with Android version L not only will ART be the default runtime available, it will be the ONLY runtime available for users. The issue is that Xposed framework does not work with ART. It is a whole new ball game with how ART works. While the Dalvik VM compiler is employed as the application is running, that is, Just In Time, ART on the other hand generates the machine code from Bytecode and stores this for future use. This results in the code being compiled well ahead of time (instead of just in time), thus saving not only time at execution, but by making it more efficient this way it can also save battery life as less has to be done each time a process runs. 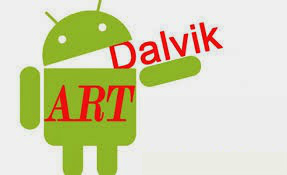 The issue not about getting Xposed framework running, but getting it running well enough and bug free enough to publish. There are a lot of questions whether Xposed will continue to exist come the final L Android build. It will be a different mechanism of aciton if it ever even gets working. At this stage Google is still pushing changes to ART in AOSP so there would not be any point in getting it working just yet if Google were to change something all the work by Rovo89 would be for nought. In saying that Rovo89 has had a test build for ART since December last year and has since compiled it many times with a few changes in declarations just to make it compile without errors. So everyone should know that yes there is a test version working at the moment with a few bugs but it is not ready for prime time.

Hopefully he can continue his work, along with other developers (Xposed framework is open source) and get Xposed ready for ART when it hits the mainstream later this year. Until then let’s just take solace in the words of Rovo89 himself:

So keep calm everyone. I’m pretty sure that the will be Xposed for ART (the final version, probably not for KitKat, at least at first), but please don’t freak out if it *still* isn’t published three days after Google I/O. If it takes a few weeks, then that’s what it takes.
Source: XDAXDA.

I love your hacker/developer articles Scott.
Thanks for taking the time to break this down and explain it!
Keep it coming mate.