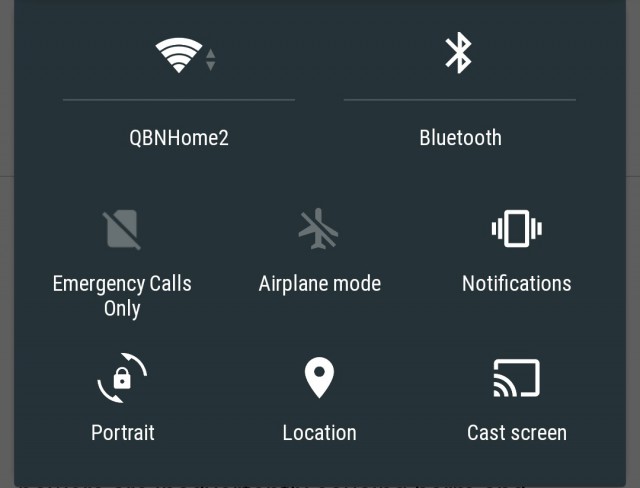 When Google introduced the Quick Settings in Android 4.2 it brought about a way to quickly access frequently used settings and toggles normally hidden away. Limited though it was, custom ROM makers quickly addressed this, adding the ability to customise what appeared in the Quick Settings menu, now it seems Google may do the same in the upcoming full release, known at the moment as Android L.

While the Quick Settings in the Android L preview are much improved (Auto-Rotate toggle!!), there still remains some settings that people want that don’t appear. A feature request added to the Android L Preview issue tracker brought the initial request to the attention of Google and has now been accepted as feature-16186589, two days ago by a Googler.

There’s no further updates on the Issue Tracker, and wde’re a long way from the full release of Android L – a new version of Android should be released in October/November with a new Nexus if the past years release schedule is any guide – but it’s a pretty good sign.

Which Settings would you want to add to the Quick Settings menu?

I’m a simple creature; I’d like the ability to replace the quick access to settings for Wifi or Bluetooth with a toggle to turn them on or off.