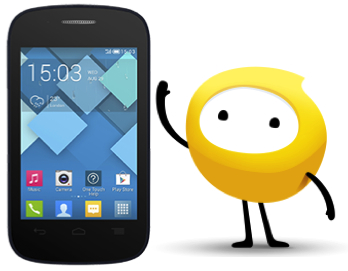 Optus have recently added a new smartphone to its pre-paid line of phones, introducing the Alcatel Pop C1.

The Alcatel Pop C1 is a very basic, entry level smartphone, so its low-level specs aren’t going to wow anyone, but it will allow first time smartphone owners or beginners get a fairy decent experience.

Alcatel phones are generally fairly stock devices, so nothing much in the way of bloatware, but we aren’t expecting anything in the way of Android updates here either. Although an update to Android 4.4 which is designed for lower end hardware would certainly help.

It’s most likely to be locked to the Optus network, so that’s something to consider before you head out and buy one. If the Alcatel Pop C1 sounds like the phone for you though, it’s available to purchase right now either through the Optus website or your local Optus store for $79.