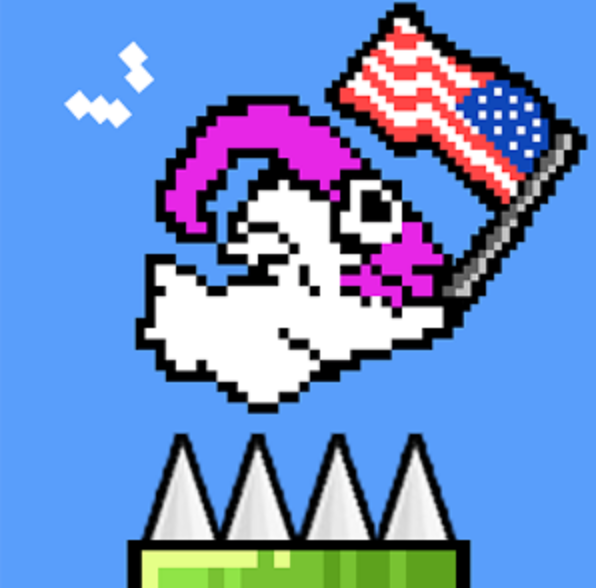 With the demise of Flappy Bird (although it’s apparently due to return to Google Play and the App store next month), the race is on to find the next addictive game on the market. Today I present: Let it Goat.

Let it Goat is a game in the same vein as Flappy Bird, with a similar control mechanic and just like Flappy Bird it’s strikingly simple. Playing as Mount the goat, the game is a side-scrolling, 8-bit, endless runner that has just one control – Jump. As Mounty prances along through the game, the time will change from night to day – during the day you’ll encounter spikes and at night you have to avoid zombies climbing out of the ground, or reaching down from above, jump to avoid these these obstacles to earn a point.

In Let it Goat, you’ll be treated to a funky little soundtrack, as well as cute sound effects reminiscent of early PC/Amiga gaming. The sound effects add to the overall effect of the game, but it is a little repetitive, so you might want to turn them off from the settings menu.

Scoring is simple, jump one of the obstacles and you get a point. Along the way collect the gems and make sure you don’t run into the walls. When you inevitably die, you will then start again right back at the beginning, where you can share your high scores to Facebook or Twitter, or watch your run-through in a replay.

Jack & Jack – the developers – have also included Google Play Games into Let it Goat. There’s achievements to collect – 39 at the moment – some simple, some a lot harder. You can also check how you’re doing against other players under Leaderboards in Google Play Games.

Let it Goat is free, but it’s got some ads in the game menus and there’s also In-App Purchases(IAP). But there’s nothing you can buy which you can’t earn by playing the game. The IAP is pretty cool though – you can buy a BATTLE BEAR!! Purchase a Battle Bear, and Mounty will ride him into battle, giving you some protection from obstacles. Hit an obstacle riding the Battle Bear and you can continue on with a limited protection bubble for a few seconds before resuming your game unprotected. You can purchase a Battle Bear for 100 Gems collected in-game or pay AUD$1.06 for 5.

Let it Goat is a really cool little game and at the price of free, it deserves a look. But, you’ve been warned, it’s just as addictive as Flappy Bird, so be careful. Just make sure you share your scores on Google Play Games. 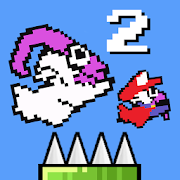