Home Mobiles Apps, Games & Google Services Microsoft Releases Climatology, a Weather App that is about what the weather... 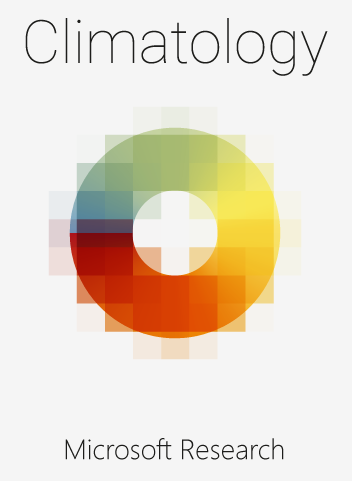 In a somewhat surprising move, Microsoft have launched an app that is mainly about what the weather is like in various places around the earth at various times and seasons. They’ve called the app Climatology. The Microsoft Research-developed app can show you any location’s temperature around the world, so not just your current location but it will also show you the selected location’s humidity and the average amount of rain and sunshine it’ll get during a particular month.

Lets say for example, you’re heading to the United Kingdom in September/October, you just look up the place and choose a month to know if it’s sunny enough to hit the country’s beaches or various outdoor tourist locations.

The app does seem quite helpful if you do travel a lot for either work or pleasure and require a quick way to check the weather at various times of the year. However looking at the app’s feedback, it shows that most people find its feature set quite limited, so based on this if you have other weather apps (such as Pocket Weather or Yahoo Weather) you might not want to delete them just yet.

If your still interested in downloading it and giving it a try yourself, the App can be downloaded via the link below and is free to download to capable devices.

The app was not found in the store. 🙁
Go to store Google websearch
Source: EngagetDroid Life.
Via: Google Play - Climatology.

Most likely recycling old Encarter data. Nonetheless, good on you Microsoft, this app will definitely come in useful.