If you’ve been waiting for the chance to use your Nexus 5 to pay for your shopping, that time has arrived. Cuscal, whose NFC Host Card Emulation mobile payments trial we reported on in March, has published CUA redi2PAY to the Google Play store for CUA customers.

In an Australian and Asia-Pacific first, any CUA customer with an Android 4.4 phone and a Visa Debit card can now use their phone’s NFC functions to make payments at Visa PayWave terminals around Australia.

Unlike other solutions, Cuscal’s redi2PAY technology isn’t limited to particular handsets by prior arrangement with the manufacturer. Users are free to bring any handset which meets the requirements and the service will work for them.

Chris Whitehead, CUA’s Chief Executive Officer, nails why this is a huge step forward for Android in the mobile payments space:

While other tap and go payment technology is available, this is the first in Asia Pacific to use HCE technology. It requires no other tag or sticker to be attached to your mobile phone – you simply download the CUA redi2PAY app and off you go.

There’s no stickers, no waiting for your bank to certify your handset. Everything just works. It’s a fundamentally better way to do things, and that’s what Google envisaged when they added NFC Host Card Emulation to KitKat.

Cuscal is clearly proud of their achievement, and deservedly so.

When we first saw redi2PAY in March, it was essentially a bare-bones debug app that displayed all of the authentication and transaction information to the user. In the intervening months, the UI has been streamlined for customers and the signup process properly baked into the app.

redi2PAY technology is now available to Cuscal’s Australian client base, either as a white-label branded app (as seen here for CUA) or as an API that clients can integrate into their own services. We look forward to seeing where it’ll be released next.

If you’re a CUA customer, you can download redi2PAY and get started right now: 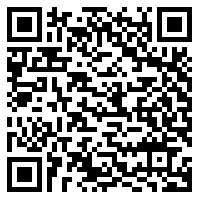 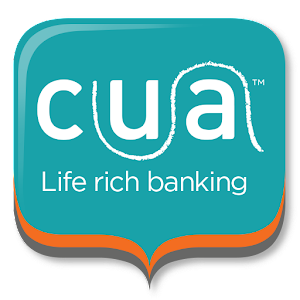 If you’re a customer of any other bank or financial institution in Australia with an Android app for mobile payments? The standard has been set. Start asking your bank when they’ll bring NFC Host Card Emulation to you.

Is using your phone’s built-in NFC to make payments important to you?

Wow this came out of no where.

Shame my phone is stuck on 4.3. Always the case with me. There’s always that one prerequisite that makes me miss out on using a feature. 😛

wow….wish i can switch to CUA 🙂
Shame on u ANZ….u dont even updating ur exsisting android app

ANZ can seriously FUUUCK OFF and eat a cow. Those titheads have been developing their NFC for over two years now.

Yep! I left them about 12 months ago now. Biggest bunch of fuck heads ‘ever’ to deal with. Switched to NAB which has actually been much better.

With this news however, I’ll be looking into my options over the weekend.

I can’t believe CUA has pulled this off and the big four still have fuck all to show for it.

Weharc, this solution can be available for any visa debit, visa credit, or visa prepaid card processed by Cuscal for one of its participating clients. Cheers Cuscal team.

Great news. Anyone know why it is Visa Debit only though? Does the CUA only offer Debit cards?

This needs to happen across the board. Grats to CUA for being first. Legitimately looking at making a switch now.

“Unlike other solutions, Cuscal’s redi2PAY technology isn’t limited to particular handsets by prior arrangement with the manufacturer.”

Finally!!! I hope this sets the trend. Though I’m not confident about it 🙁

Exactly. Westpac only support the S4 and S5. I wrote to them saying HCE is part of the core Android system now, when will you be supporting this on all modern handsets.
Their response was they are not interested. Fuckers.

Great to see that someone now lets you use any NFC enabled phone to do this. Pity it’s a credit union who charge you out the wazoo for daring to transact with them.

CUA’s basic account doesn’t charge for VISA transactions, so if you want an account for this purpose only, it won’t cost you anything

Unless, of course, you need to withdraw cash more than four times a month, in which case they slug you with ridiculous fees.

Seriously, you are better off going elsewhere where you don’t get charged for having the gall to use your money,