Fitness trackers are a-dime-a-dozen these days. There’s a large market out there that’s ripe for the taking and with no clear dominant manufacturer there are some deep pockets out there looking for the right product. The Smartband is Sony’s first fitness tracker, and they’ve delivered just a little bit more than others.

The Sony Smartband is what Sony call a ‘Lifelogger’. It’ll count your steps and track your sleep – just like the majority of fitness trackers out there – but Sony has gone a step further and the Smartband records almost everything you do. To do this recording, the software accesses everything on your phone: calendar, camera, location, books you’ve read and so on.

The core of the Sony Smartband is a small white pellet that Sony has actually called “The Core”. The Core sits inside a rubber wristband, which clasps with a plastic clip rather than a traditional watchband buckle, a trend we’re seeing on other fitness-oriented wearables like Samsung’s Gear Fit and Garmin’s VivoFit. The clip is actually surprisingly comfortable as opposed to a buckle, and you’re supplied with two different-sized bands when you purchase – a nice touch. The Core will last around 5 days on a charge, and a charge takes around half-an-hour to an hour. You charge it through a Micro USB port on the end, but communication is done through the app on your phone.

The Smartband uses Bluetooth 4.0 (Bluetooth Low Energy) to connect to your phone. It houses an accelerometer to count your steps and sense movement. There’s three LED lights on the side, with a bookmark key next to them. It’s waterproof and dustproof, with an IP58 ingress protection rating – you can shower with it without fear and it’ll survive underwater. Finally, it also contains a vibration motor for smart alarms and notifications.

Beyond all that, the Smartband is comfortable as hell to wear inside its rubber wrist strap. Setting up is easy, though a little convoluted. Tap the Core to the back of the smartphone and it’s all set up via NFC. Your phone will take you to Google Play to download Sony Smart Connect, then you’ll need the Smartband SWR10 app and finally Sony’s Lifelog app. Convoluted. 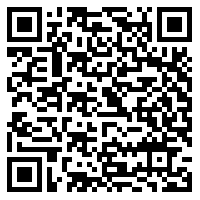 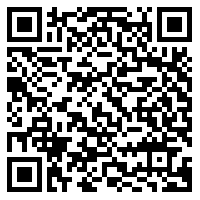 Once you’ve installed the apps and set up an account with Sony, setup is easier. The phone watches everything you do… and I mean everything, but it’s all good – it’s not like this information is going out publicly to be viewed by anyone.

The Smartband logs your life, and it’s actually kind of like a journal, if you will. You can keep a complete track of your entire life with it.

Sony’s three apps have various functions which control aspects of the Smartband. While you install three applications, the SmartBand SWR10 app actually integrates into the Smart Connect app, so it’s kind of two apps.

The Smart Connect app is where you control the settings for the Smartband, as well as get instructions on how to use it.

In the settings you can set the hours you expect you’ll be sleeping between, as well as whether your Smartband will receive notifications (expect vibrations on your wrist). There are options for smart wakeup (the band gently vibrates to wake you) and you can set whether or not the band notifies you when you’re out of range of your phone, or when you have an incoming call. You can even get tips on how to control the lifeband using the ‘Bookmark’ key.

The Lifelogging app is the app you’ll use the most. It’s a pretty easy to use interface. Up the top you’ll see the timeline, which you can actually play like a video to see your day. Down below you’ll see various stats for Bookmarked events, calories burned, steps taken, how many minutes walking/running, time spent sleeping, interaction time, photos taken, music listened to and video captured.

There’s a map icon you can select in the mid-bar which will show you your movements over a day – an interesting addition, which shows your phone is tracking you fairly well.

You can select each of these stats for a more detailed view, which includes light/deep sleep stats, when you were active and when you took video or photos, listened to music etc. For each one, you can view information on a daily, weekly, monthly or yearly basis. That’s a lot of data.

Living with the Sony Smartband is both a pleasure and pain.

The Smartband disconnects constantly. It’s not just my phone (a Nexus 5), because I also used it on a Galaxy S4 and a Moto X – same issue. The band just seems to have a problem staying connected, and I grew sick of seeing the ‘Smartband disconnected tap to pair’ notification.

Beyond that, it’s pretty good, but I sure hope that Sony fixes the connectivity issues. It’s a pain to have to reconnect – tapping to pair is not an enjoyable experience most of the time and you’ll spend forever trying to find the actual NFC contact point on your phone and the Smartband and match them up before the band will deign to connect.

Writing for Ausdroid, I swap phones all the time but even beyond that, I recently did a warranty report swap on my Nexus 5, which necessitated a wipe of data. Because it’s all backed up to the Sony servers though, your data is still present… not that you can do anything with it.

Like most fitness trackers, Sony’s Smartband experience and all of its related data is siloed. Your data can’t be shared, and there’s no social aspect like you find on the Jawbone or Fitbit. This is both good and bad. If you’re a diarist, and simply want to remember what you were doing every minute of every day, it’s great. If you want to do something more with your data then the Smartband is not for you.

Siloed data is what the Google Fit service announced at Google I/O aims to fix. It would be great to see this data go somewhere you could actually do something with it.

That said, I am also kind of glad this information isn’t going anywhere – the Smartband, or rather its companion software, is probably the NSA’s wet dream. It logs all your activity in one neat little area, including your locations, what you were doing and even pictures of what you were doing. I’m not doing anything untoward, but the idea that someone might have this information used against them is a little worrying. Then again, if you’re that worried why would you be using a lifelogging app?

The great thing about the Sony Smartband is Sony’s readiness to work with all Android phones rather than just their own product line. The Smartband works with every Android phone running Android 4.4 and above. The downside is that you actually are penalised a little if you’re not using an Xperia phone – Sony has some hooks in their customised version of Android that allows the Smartband to do a little more than stock Android allows. It’s great for Xperia users, and a little souring for non-Xperia users, but at least Sony has done better than Samsung.

The Smartband is comfortable to wear, lets you set daily goals, gives you information about your sleeping patterns, and there’s a variety of different coloured bands you can buy to really individualise it.

Loading up the Lifelog app and rewinding a few months, you’ll see your life laid out for you in a simple data stream. It logs how much time you spent reading, using social media – everything. It’s interesting… well, it is to me.

The battery notifications are also great, as is the standard Micro USB connector used to charge it – no nonstandard USB adapters required here (Jawbone). You get a notification, charge it for half an hour or so while you’re at your desk and you’re off and racing.

It also logs your steps fairly accurately, and can tell the difference between when I’m walking the dog or going for a run – a little bit of extra data you can use if you’re training. The day/night mode switch (using the bookmark button) is also great for shiftworkers who don’t fit into the usual day/night sleeping patterns – you can hit the button and hit the hay, knowing the Smartband will log your sleep instead of just thinking you’re lazy.

I wanted to like the Sony Smartband, but I`m not sure I do. The overriding pain of having to re-connect it constantly was enough to really sour my experience with it, despite the fact that it’s so comfortable to wear.

Sony, Jawbone, Fitbit, LG, Huawei – anyone making a fitness tracker these days is looking down the barrel of Android Wear, not to mention whatever Apple or Microsoft will cook up. Even Sony themselves have a SmartWatch series. Most of the watches will perform all the functions of a fitness tracker and they’ll have a rich display with meaningful notifications.

The Smartband will set you back $159 – plus whatever you want extra for a different coloured band if you don’t like the stock Black. It’s a big call when for less than a $100 more you could have an LG G Watch or Samsung Gear Live – or anything in Samsung’s Smartwatch range – but you’ll lose the neat lifelogging functionality that only Sony really seems to have provided in their software.

The Smartband does enough to warrant a sale for someone who wants that full journal record of their life, but for everyone else the Smartband probably won’t be for you. I can’t wait to see what Sony does with version 2. can you put smartband swr10 on a winows phone

I don’t believe so.

any news on the disconnecting issue? It’s doing the same thing on my Nexus 4. Otherwise i don’t mind the device bar the fact Sony should of given it to me free to log all my activities and the sleeping info is cool. But this disconnecting is bloody annoying and I can’t find any info on it.

does the lifelog app drain data?

I don’t need this kind of judgement on my lifestyle. This kind of gadget would just leave me feeling guilty all the time.

Because you don’t exercise?

Interestingly, mine never disconnects when paired with xperia z.

Typo report. Last paragraph is incomplete.
What price are the extra bands?