Winery tours have been a big thing in Australian – indeed, world – culture for many years, but wine isn’t to everyone’s taste and the trend towards drinking “Craft Beers” has emerged as a new culture, growing steadily. The Simple Apps Factory has released Beer Mate for Android to guide you through the local Victorian Craft Beer scene.

Beer Mate is free on Google Play, but if you’re willing to pay $0.99 for some extra features, there’s a premium version that will get more regular updates, features and of course there’s no ads. The premium version will also get an A-Z listing of breweries and the ability to add your favourite breweries in the future.

It’s fairly rudimentary at the moment but it works, listing Craft Breweries on a map with breweries appropriately marked on the map as a foaming cold schooner of beer. Tap the beer for the name of the brewery to pop-up and then tap the name to get a full fact sheet on the brewery including contact details, opening hours, website address, list of beers available, the brewer’s name and a brief history of the brewery.

The app is tightly integrated with Google Maps – you can tap the directions button in the brewery entry to go directly to Google Navigation to start directing you there.

Sounds great, but … it is extremely limited. Beer Mate only lists Craft Breweries in Victoria, and I know of a good half dozen Craft Beer breweries in Canberra alone. I’d love to share these and find more. The Simple Apps Factory is aware of this, and is looking to expand across the eastern cities and eventually go Australia-wide. They also welcome input from users who want to add more breweries.

Finally, Beer Mate also works offline and has no social-networking features built-in as per The Simple Apps Factory’s mission to produce simple, fast and useful applications. Personally I feel it could become a real powerhouse here in this niche – but growing – market by letting users share favourite brews and breweries.

Beer Mate is free to try out, and if you’re in Victoria and love a beer, it’s a no-brainer. For the rest of the country, it’s worth a look especially if you’re planning a holiday, or just want to wait for the directory to roll out to the rest of us. 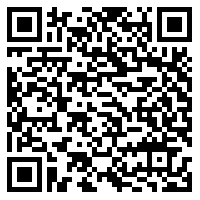 This would have been great when i was down there last Christmas instead of trying to Google everywhere, Untappd is another app that would complement this.

Definitely needs a user reviews and rating, and product lists to be rated. And get in some beer snobs to supply expert opinions.