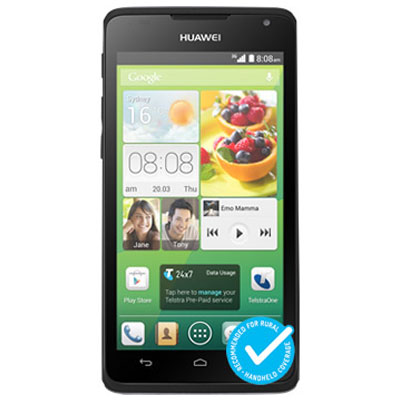 Telstra has added a new smartphone to its pre-paid line of devices, with the Huawei Y530 now showing up on the Telstra Pre-Paid website for $129.

The Huawei Y530 isn’t going to wow with top line specs, but for an entry level phone, well, it’s not terrible

It is a little sad that the device is coming with only Android 4.3, it’s also not likely that it will see an upgrade past this version, but, we’re happy to be surprised. Also the lack of 4G/LTE connectivity is also a little bit of disappointment given the current push of the major telcos towards 4G services.

That said it still certainly worth consideration if you live in a rural area as the Huawei Y530 has been given the blue tick of approval for rural coverage.

If you are still interested or want to know more about the Telstra Huawei Ascend Y530, you can either visit your local Telstra store or purchase the device online for $129.

Are you in the market for a cheap device/ Does the Huawei Ascend Y530 fit your needs? We would like to hear your thoughts in the comments below.

And the killer for this phone … 512MB of RAM. In this day and age, 1GB should be the bare minimum.