Getting around is fairly simple in most capital cities. With Google Maps incorporating Transit directions directly into the app, you’re rarely in need of a third party to help you out…unless, of course you’re in Melbourne where the transit API doesn’t currently allow for Public transport schedules to appear in Google Maps – enter Go – Melbourne Train Timetable.

The app by local developers Glass Echidna is a beautiful way to see either get to work on-time in Melbourne, get around the city or see the sights if you’re visiting the home of the largest Greek population outside of Athens.

The app looks great and contains quite a few features. You will of course need an internet connection to get updated timetables or new trips but apart from that, this is a great looking, functional app. Feature wise, you can expect :

Go – Melbourne Train Timetable is free – but includes In-App Purchases, it’s nothing untoward, you can save one trip in Go, before you’re prompted to purchase the full version for $2.49. It’s a small price to pay for a functional app which works really nicely and hey, support your local developers. Check it out now on Google Play. 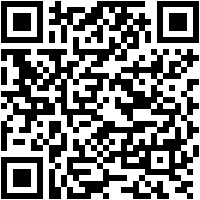 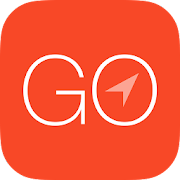 You can only choose one line, then have to pay to add more? No Thankyou, I’d rather continue using train trapper (paid version). Reason I paid for train trapper and wouldn’t pay for this app- simply functionality. Train trapper allowed me to do everything with the paid version allowing you to add widgets (which are incredibly useful).

Now that the PTV app is fixed it is one of three transport apps I use. I use Melbourne Train Trapper, TripGo (very functional) and PTV

I’d rather just use Google…. Oh wait… we are in backwards Melbourne.

I’ll have to compare it to TrainTrapper.
I personally want an App that glues TrainTrapper with TramTracker, and then adds in the buses.

And… the PTV’s online Journey Planner turned into an app. That’s a lovely bit of server work.

The Journey Planner is already in the official PTV app. Or do you mean completely offline? That could be problematic if there were known disruptions/alterations on one of the legs and you ended up stuck in the middle of nowhere.

Well done to the Devs but I am not letting up on the PTV until they give us what we want with OUR data! I will be voting at the next election purely on this issue! Lets face it, both sides are as incompetent as each other so you might as well pick one issue and vote on that.

But yes, well I like that a dev/company would build this app, no info for me until I get it in Google Now!