With Flappy Bird yet to re-appear on Google Play, the clones keep on appearing, and local developers Paranormal Games – a small indie game developer from South Australia – has launched a clone of their own: Flappy Ears.

Flappy Ears sees you flying our “Beloved” Prime Minister through spike topped pillars using only the flapping power of his ears. It’s addictive just like the original, but with the amusing localised graphical twist.

Paranormal Games has also included Google Play Games services, which means you can see your progress against your Google+ friends, or against everyone else playing the game. Not bad.

Flappy Ears is free to download and install – no In-App Purchases – instead it’s ad-supported. Flappy Ears is available for devices running Android 2.3.3 and above. Check it out now on Google Play, we just hope Tony has a sense of humour about this.

Update: We have sought comment from the Prime Minister about his likeness being used in this game. We’ll let you know if his office graces us with a reply! 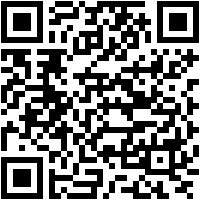