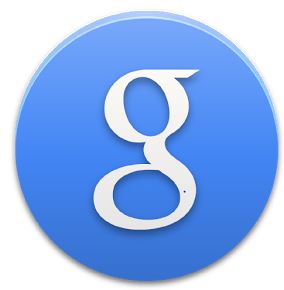 Google has today opened up availability of their Google Now Launcher to the majority of Android handsets now operating in the market place.

Previously available to Nexus and Google Play Experience devices only, the launcher is now available for any device running Android 4.1 or above. The Google Now launcher of course puts Google Now a mere swipe away from the main screen, which of course means with more people hopefully using Google Now, there will be more data for Google.

This change in availability means that the Google Now launcher is available to almost 3/4 of the Android devices out there, at least according to statistics from last months Android version distribution figures.

Google put out a new video showing off the features of the Google Now launcher just prior to the update to the launcher, so if you’re unfamiliar, you should take a look.

Of course, the Google Now launcher has been available as a side-loaded APK for unsupported devices for a while now, this change just makes the availability ‘official’. The change also comes after Google and ZTE announced a new partnership to make the launcher available on their phones going forward.

Could be bigger things in the future of the Google Now Launcher, is this just a foreshadowing of things to come?

It’s a decent launcher, but not for everyone, let us know if you’re a fan of the Google Now launcher or are which one you use and why.

Does the Google Now launcher have the ‘always on’ microphone feature built in? If so, is that likely to kill the battery in older phones?

The big downside to the GNL is the wide, forced empty, border areas on the left and right of the screen. This is especially noticeable in landscape mode.
Combine that with a fixed limit to the number of columns of icons on the screen and GNL comprehensively wastes screenestate.

Hi. I do use the Google Now launcher on my Nexus 5. I have a Nexus 4 in storage as a backup, and I have been updating that phone off Google Play, mostly when I have an issue or two with a rogue app on my Nexus 5, and then go back to it, after I’ve isolated the problem and fixed it. I don’t know if my N4 would default to using Google Now launcher or not, that’s something I’ll check one day, it’ll be interesting. As of today, I have been using Google Now’s assistant features on my N5,… Read more »