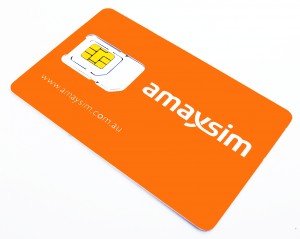 Amaysim is a pretty decent carrier if you’re after some good value 3G plans, but as of the 1st of September they’re about to get a little more expensive, with the MVNO today announcing that as of September 1st, they will be making some changes.

To start with, the price of the UNLIMITED plan will increase by $5 from $39.90 to $44.90 per month, this includes an extra 1GB of data to use, but that’s because they have also announced they will be dropping their free social media sharing. The dropping of free social media access is due to the increased cost of supplying the access, which has increased drastically since they introduced it in 2010. Customers now view more video through social sites and are using social media more on their smartphones than on laptop or desktop PC’s.

It’s also going to remain a 3G service, for now. Amaysim is looking at 4G, but in their words : ‘it has to be at the right price with the right plan to suit people who want good value’. So 3G it is, but you should still be able to get a decent service out of it.

The changes come into effect on the 1st of September, so if you’re not happy with the changes you have until then to look around for a new plan.

Try Vaya, 4G and cheap. They use the optus network

If they do the same as Live Connected (which they have basically bought out), then they will be putting their plans up by $9.90. Well, that’s what they have told most of their customers. Now would be a real good time for someone to offer amazing deals!!

hmm, I just looked it up and I’m not so sure. $57 for 3GB vs Amaysim’s $45 for 5GB. 4G and data-only aside, Amaysim is still better dollar for data value. I don’t call or SMS much any more but its still requirement, otherwise Vaya’s data only plans look very good.

I think you can get 3.5gb for about 45 a month and it’s 4G. I only need about 1.5gb which I’m on at the moment and it’s a pretty good deal. $18 a month with 650 of calls and unlimited txt and heaps of free calls to other vaya users (my gf) works out well for me

I’m on Amaysim, sort of out of laziness really.
$5 is not a big deal, but it may be the little push I need to finally flip over to Boost.