Devices with “good enough” specs have become the new battleground, and midrange phones have become top-selling products for a number of manufacturers. Motorola‘s Moto G is their best-ever selling devices, while phones imported by Aldi Mobile sell out in a matter of days. We’ve even heard from LG how they managed an almost complete reversal of fortune after some early Android missteps by focusing on releasing quality devices at a low price.

It’s tempting to say that the trend started with Google’s bargain pricing on the Nexus 4 at the end of 2012 (and continued with the Nexus 5), but it seems more likely that component pricing and better manufacturing processes has brought about an increase in quality of the second-tier handsets. Couple this with the seemingly incremental, evolutionary increases in performance seen at the high end of the market and we’re seeing a midrange that’s catching up to flagship devices at a rapid rate.

This trend brought about some neat handsets in 2013, although the temptation was still there to discount them from daily use in densely-populated urban areas due to 3G-only data connectivity. In 2014 we’re seeing a number of new, budget-priced handsets that now feature LTE connectivity and a no-frills approach that results in solid, likeable phones with decent specs and performance at a price that won’t break the bank.

It’s into this arena that HTC now steps, with its rejuvenated Desire line hitting Australian retailers in recent months. While we’ve seen a number of smaller handsets that echo the iconic design of the HTC One, it’s the Desire 816 that’s attracted the most attention. HTC has delivered a phablet-class device with a 5.5-inch 720p display, BoomSound front-facing speaker design and LTE connectivity in a device that comes in at just under the $400 price point. It also features HTC’s likeable Sense Android customisations but eschews the One series’ UltraPixel cameras for a more straightforward rear camera, although even that’s pushing the budget specs weighing in with a 13MP sensor.

In the past, we’ve expected second-rate software experiences from cheap phones. HTC’s bucking this trend though, loading up the Desire 816 with pretty much the same software experience as you’ll find on their One M8 phone. There are some obvious differences where the software related to a particular hardware function might change, but by and large it’s the same.

Up to date at the time, the Desire 816 is running Android 4.4.2 – this is great to see, and probably goes some way to explaining the phone’s great performance.

Whether HTC keeps the 816 up to date on software remains to be seen. It’s not a part of the (currently US-only, anyway) HTC Advantage program, so there’s no guaranteed updates for the phone in any market. This might not be such a problem though, as the Android L release is still a way off and promises to change a number of things. The Desire 816 works fine as-is.

That being said, a software update did arrive during the review period, bringing an update to HTC’s software but not the base Android version. No surprise there, it’s a bit early to expect to see 4.4.3 or 4.4.4 on a device like this.

The HTC Sense of 2013 was a breath of fresh air. While heavily skinned from a UI perspective, it was still obviously a modern Android OS just beneath the surface, and HTC evolved this even more with Sense 6 on the M8.

Sense is a complete UI customisation. No standard app is left untouched, with bold bright colours featuring in apps’ Action Bar areas and an attractive bold UI font used throughout. It might not fit completely with Google’s Material Design guidelines, but it’s actually not too far off with a brighter UI than Android’s current ‘Holo’ standard. HTC’s latest Sense manages to provide a great user experience on top of KitKat, and the Desire handles it well despite a relative lack of power in the hardware.

Sense’s customisations start with a launcher, with homescreens arranged left-to-right, and HTC’s BlinkFeed app running on the leftmost screen. BlinkFeed aggregates news from your favourite sites (including us!), as well as posts on your social networks and is designed to give you something to read if you’re looking for something quick to pass time. It’s a neat app, and it doesn’t detract from normal usage of the phone as it’s not the screen you go to when you hit the home button. The app list is pretty straightforward, with options for sorting grid size, and allows you to hide apps you don’t want to appear. All in all, Sense puts a light touch on the standard Android launcher, and is probably second only to the Google Now Launcher in delivering a launcher consistent with a Nexus-like experience.

The launcher also affects your lock screen – the apps in your dock are visible as a dock on your lock screen, and can be launched by dragging them up from the dock into the body of the lock screen. Lock screen widgets are supported.

From there, the next most obvious change is in the drop-down Quick Settings panel. Most OEMs quickly abandoned Google’s AOSP-standard Quick Settings panels in favour of some kind of configurable panel, and HTC’s is a great example of it. You can change the order of up to 12 Quick Settings buttons from a large list of available settings, although you can’t place things like apps into this area.

However nice it may be, HTC’s customisations are not without the odd misfire. I honestly can’t stand HTC’s own keyboard – it was immediately replaced with Google’s own – and it’s annoying that HTC’s replaced Google’s awesome “little yellow fat dudes” emoji with its own, less interesting ones. Those shouldn’t deter you from the Desire 816, though – they’re just a couple of bumps in the road. The reality is, HTC has finally shed its reputation of performing heavy and unnecessary customisations to Android. It now provides one of the best customised experiences you’ll find on an Android phone, and the Desire 816 handles it well.

Along with HTC’s customised versions of standard Android apps, there’s a few extras baked into the Desire 816’s ROM.

HTC’s Car Mode offers a car-friendly launcher with big buttons and offers similar “big button” UIs for the dialer, people, music and navigation when launched from here. You can also add shortcuts to your own apps, but they won’t benefit from the “big button” layout. When launched, Car Mode takes over the Home button too – a clever touch.

There’s an impressive Clock app (which just made its way to Google Play for updating) that has a neat Google-Earth-style 3D-rendered representation of the world, showing whether it’s day or night in your particular cities of choice. It also offers alarms, a stopwatch and a timer. It’s probably better than Google’s own clock app, which seems to have seen a number of iterations since Ice Cream Sandwich and doesn’t seem to have gotten it quite right. You can even configure the order in which the tabs are displayed.

HTC also packs in a Guide app that provides some basic information and troubleshooting about the phone. The app has a number of question/answer scenarios about what to do (eg, “an app is force closing a lot” but only seems to offer basic solutions. It does lead you through contacting HTC if you have questions though, and all the information the person at the other end of the chat will need to know is displayed on screen for you. If the worst comes to the worst, there’s a Rescue app (powered by LogMeIn) that allows HTC support technicians to remotely diagnose and troubleshoot your phone.

If you have children who’ll be accessing the phone, there’s Zoodles, providing Kid Mode and a Parent Dashboard. Zoodle’s Kid Mode recommends age-appropriate games for your child, and allows exchange of video mail and recording storybooks for them.

Kids might also want to play with HTC Scribble, an app that’s been around since its debut on the One Max last year. Scribble lets you start a personal scrapbook or project on a blank or preset canvas. You can type, draw or place stickers. It seems like it’s HTC’s response to some of the note-taking apps in Samsung’s Galaxy Note series of devices, and I’m not sure how useful it’ll really be as anything more than a curiousity.

There’s also the phone end of the HTC Backup service. It backs up your phone’s settings, accounts, passwords, bookmarks, contacts and apps each day over Wi-Fi. Backups usually take a few minutes, and your data can be restored when you set up a new HTC phone.

There’s also the pretty standard flashlight and an FM radio app, a voice recorder and a weather app (powered by AccuWeather) that doesn’t always agree with the Bureau of Meteorology’s Australian forecast.

The final bundled app is a little stranger. Right at the end of the list, there’s a “Zoe” app. You’ll recall that a “Zoe” is the feature of HTC’s camera on the One series that produces quick bursts of video, allows you to extract stills from the video, and allows you to perform some basic editing and add some effects to the video. That’s not part of the camera software on the Desire 816. The Zoe app when launched will just tell you that it’s “Coming Soon”, and links over to Google Play for updates. It seems to have been available in this form since the launch of the One M8 in March. From the app description, it seems that HTC is preparing to turn Zoe into an online service for storing and sharing … stuff. We don’t really know, because the app’s apparently been like this for four months now.

Packing HTC’s latest and greatest software, the Desire 816 a $400 phone that’s doing a very good impression of a much more expensive device, and it even runs the same software as the One M8 – even if it has a couple of issues around its performance.

If you’re looking for a budget large-screen phone, you’ll probably enjoy the Desire 816 more than ZTE’s V969, but there’s a $100 premium attached to that enjoyment – you’ll get what you pay for. 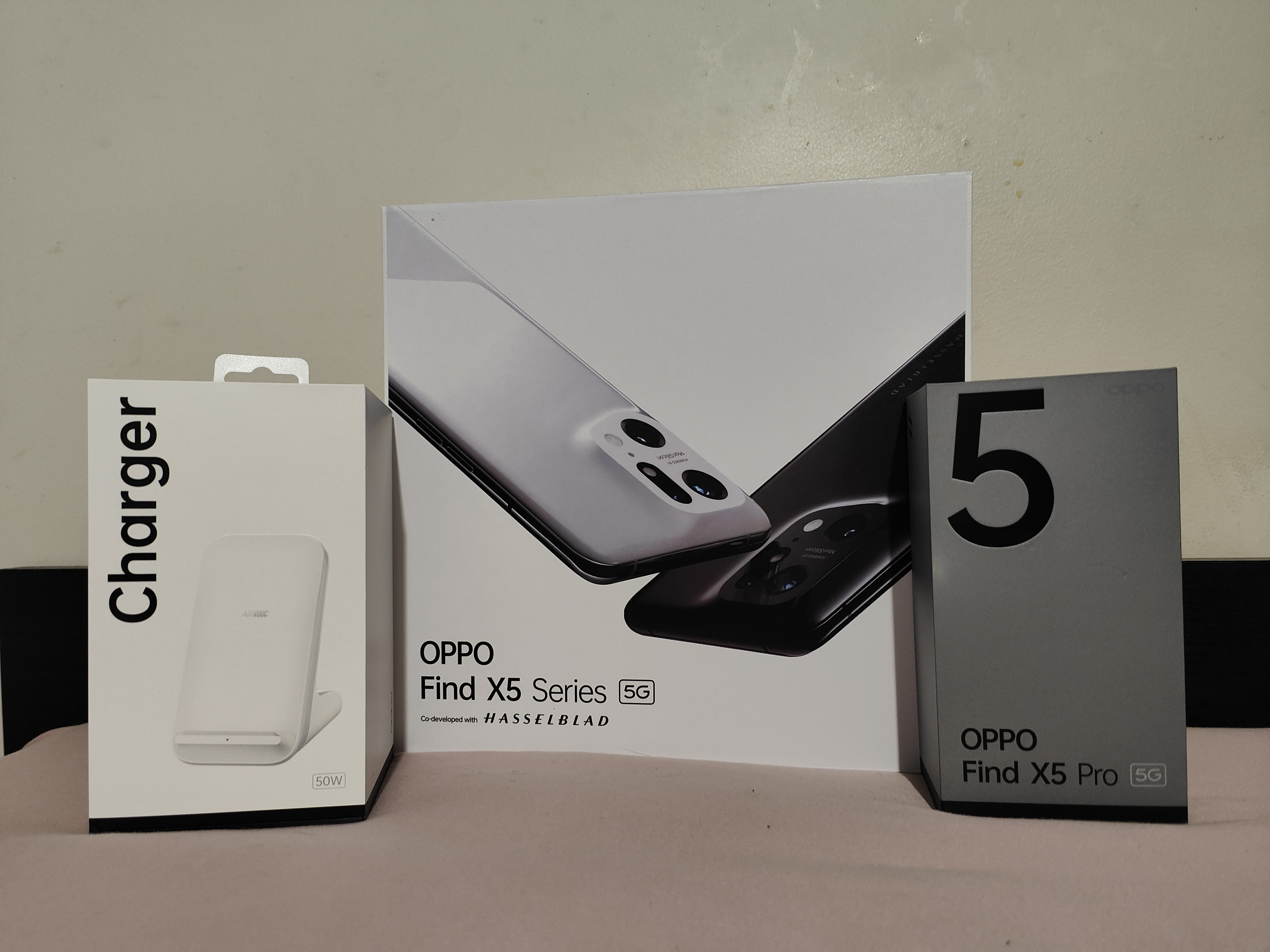 Does it have NFC?

Anyone know what the lik red car is? Bugging me

According to an article on the International Business Times

leaked info for the HTC roadmap for upgrades to Android L, includes the 816, confirms no KK 4.4.3 or 4.4.4 for the 816. However the leaked roadmap also shows that assessment for L for the 816 will be being done sometime over the course of October through December.

edit: I found this news item when I was hunting on Google to see if there was any GPE ROM for the 816.