Are you new to Android? Whether you’re joining us from the iPhone, Windows Phone or BlackBerry world, or if you’re new to smartphones altogether, it’s important to start somewhere as you make your new phone yours, and there’s no better way to do that than installing some apps!

We thought we’d turn the spotlight on some must-have apps, and in this instalment, we’re going to look at our top five apps that we just have to have on an Android device, be it a tablet or a phone.

Talon for Twitter – $2.20
Twitter is a huge part of my social networking. I am also on Google+, but Twitter is my main source of interaction. Until recently I was a massive fan of Carbon for Twitter, but times change (Carbon is now out of Twitter tokens) and so did my Twitter client. It’s not as fully functional as Carbon in terms of multi-user (you’re limited to two accounts) but other than that it’s a really nice design and it’s getting better – if you’re running the L Preview of Android you can try out a new look based on Material Design, and it’s beautiful.

The Material Design version of Talon hasn’t made it to the Play Store as yet, it’s available via an APK download (remember L Preview only).

If you’re not actually running the Android L Preview, you can purchase Talon for Twitter for $2.20 from Google Play, if you’re into great design, then try it out!

LastPass – $12 per year
After the Heartbleed scare a few weeks back, I think a password safe is a MUST have for anyone who uses the internet. LastPass has support for Windows/OSX and Linux, supports all browsers – Chrome/Firefox/Opera/Safari and even IE.

It’s as the PR says ‘The last password you’ll have to remember’. LastPass can suggest completely randomised passwords for all your sites and syncs across all the platforms you use. It’s also uniquely suited to Android in that it can inject username/password into the appropriate fields in apps you use and basically a much better proposition that 1Password, which launched so very, very late on Android.

At $12 per year, it’s a worthy investment, Definitely one of, if not the first app I install when setting up a new device.

Pocket Casts – $3.99
I am a prolific podcast listener. I just listen to everything I can get. With a lot of my time spent driving or at the gym, I listen to a lot of podcasts. This app has a beautifully designed interface, with sync across devices and of course Chromecast support.

After the announcement of Android Auto, it’s also going to be available in the car very soon. If you are interested in listening to podcasts, this is the be all and end all of podcast catchers.

Tiny Cam Monitor – $4.31
I work shifts, so I miss out on time with my son a lot of nights. Thanks to a security IP Camera I can now watch him going to bed and move the camera around remotely so he can tell I’m watching. I can watch him sleep (Creepy, but it’s password protected so only I can watch the stream) and also watch when his mother wakes him up in the morning.

There’s a free version to try out, but the full version comes with Chromecast support so you can have this on the TV watching your own cameras, or choose from one of the many publicly available cameras.

Bacon Reader – $1.88
reddit. It’s damned addictive, and one of the best reddit apps I’ve found is Bacon Reader. I’ve hit issues running it on the Android L Preview. But don’t let that stop you if you’re running an earlier version of Android because it’s a really well designed app for viewing the front page of the internet.

It supports multi-account login, has easy access to all your sub-reddits you’re subscribed to and makes commenting, up-voting and reading really easy. Like any good app, there’s a free version, but it’s the paid version that gets you the goodies – well, the ad-free version anyway. Highly recommended. 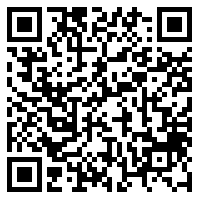 Trying to pick just five apps is really difficult, because there’s so many apps that I just use every day. However, I think these are the five most important apps that I use, and that I recommend you try out on your new Android:

Sunrise (a Calendar replacement) – free
Google’s Calendar service is fantastic, and allows you to access calendars across your desktop, mobiles, smartphones, tablets and basically anything with a screen. However, I’m not a huge fan of Google’s Calendar application for Android; it’s just a little too basic, and dare I say it, a little too ugly. I’ve been using Sunrise of late, and it’s really great. I recommend you give it a shot.

SwiftKey – free
One thing that is almost universal is that standard keyboards — i.e. the ones that come preinstalled on most Android devices — aren’t much good. Google’s default keyboard isn’t too bad, but I’ve never grown to love it. However, if you’re using a Samsung or HTC device, you’ll probably find quite quickly that you don’t like the keyboard options you’re presented with.

Try SwiftKey. It makes typing a breeze; it corrects common typos automatically, and vastly improves your typing speed once you’re used to using it.

Pocket Weather – $1.99
Need to know what the weather’s like today, tomorrow, or interstate next week for that work trip? There’s plenty of weather apps, but I’ve always come back to Pocket Weather. It’s created by a great Australian developer based in Adelaide, and it offers a beautiful interface and accurate, up to the minute weather information. You really can’t go past this.

For those coming from iOS, you might have seen Shifty Jelly’s iOS weather app, which is very similar. 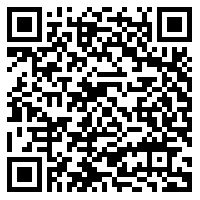 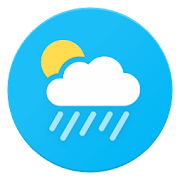 Cerberus – Free
Looking for a better way to secure your Android in the case that you lose it or it’s stolen? Android has some built in features, but Cerberus offers more. Remote control via SMS or web interface, remote lock, wipe and more. If your phone contains some of your most important information, you probably want to at least take a look. 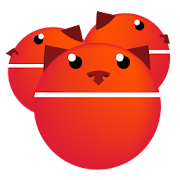 Feedly – Free
Do you like reading the latest news every morning on your way to work, or throughout the day? Feedly provides an easy, convenient interface to reading RSS news feeds, and there are feeds covering things as diverse as current news and affairs, sports coverage, technology (like Ausdroid!), weather, celebrity news and everything in between. Free to download and use, you really shouldn’t pass up Feedly if you like keeping on top of news.

Better yet, it’s cross-platform; access it on your Android or on the desktop.

Lucky last – this makes my list more difficult, because Dan and Chris have already picked most of the apps on my list! LastPass is actually the first thing I install every time, otherwise I can’t log into anything! Let’s see what else.

Google Keyboard – Free
Most Android manufacturers customise the software on your device in some way, and one of the most common customisations is a new keyboard. I prefer not to deal with the UI changes and unfamiliar keyboard layouts (where is that @ key?) and install Google’s own keyboard. It learns the words and phrases you use regularly and personalises suggestions for you and has a great gesture input mode that I use all the time. I prefer Google Keyboard over SwiftKey because the input and correction methods make more sense to me and I don’t need SwiftKey’s multiple themes and layouts.

Timely – Free
Strictly speaking, Timely isn’t necessary. Your Android phone likely already has an alarm clock / timer app built in, but you can pretty much guarantee it won’t be as pretty as Timely. The app offers alarms, a clock, a stopwatch and a countdown timer, all beautifully presented. I’m not along in liking Timely, either – Google liked it so much, they bought the company.

Snapseed – Free
Snapseed is a deceptively deep photo editor, offering basic image tuning (brightness, contrast, saturation and cropping) alongside deeper tools like a HDR scene enhancement, spot colour changes, a black & white mode and framing tools all wrapped up in a finger-friendly interface for mobile photographers. Like Timely, Google liked Snapseed so much that it purchased Nik Software. You can see some of SnapSeed’s features have been integrated into Android’s native photo editor as of 4.4, but the main app still offers more features.

Aviary – Free
Like SnapSeed, Aviary is designed to function as an image editor, but it serves a different purpose. Aviary is useful for quickly cropping and annotating pictures or screenshots with its bright, friendly interface. There’s also a wide array of filters you can apply to your image, and new filter packs come on sale all the time. Truth be told though, I don’t use the filters. Aviary is also excellent at applying ‘Meme Text’ (Impact bold white text with thick black outlines commonly seen online) to images and photos, and you can’t overlook how useful that is at any particular moment. 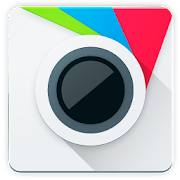 Muzei – Free
Muzei takes your homescreen wallpaper on an occasional museum tour, pulling in pictures of famous works of art and photographs to use as your wallpaper. It does this in a tasteful way by blurring and dimming the picture so as to not overpower your homescreen layout, but the degree to which it does this is configurable. You can also hook it up to other feeds or use your own photos if you like, too. It’s hard to quantify just how pleasing Muzei is in day to day use – try it yourself and see!

If you have a daughter under 10 you’ll want Busting! A guide to public toilets near you, wherever you are. https://play.google.com/store/apps/details?id=com.weuni.busting

I’m sorry, but if you use Twitter at all you are a complete tard.

Love this. Hope you’ll do more of these for different categories or user bases

Jason, I’m surprised you didn’t list Ingress among your top 5. As for my top 5 I’ll list the apps, and then put the links in the post below. SwiftKey Keyboard by SwiftKey Simply the BEST third party Android keyboard. QuickPic by alensw.com The stock pseudo 3d Gallery app is a nightmare to navigate and a horror to deal with. QuickPic is the best Gallery replacement app. ezPDF Reader – Multimedia PDF by Unidocs Inc. I have heaps of PDFs on my SD cards on my devices, so a GOOD PDF app is a Must. Best of the lot is… Read more »

I like PocketCast too, it has much promise, but Podcast Addict is incomparably more powerful. For a serious podcast buff it is a must. Complemented by Listen Audiobook Player for audiobooks consumption.