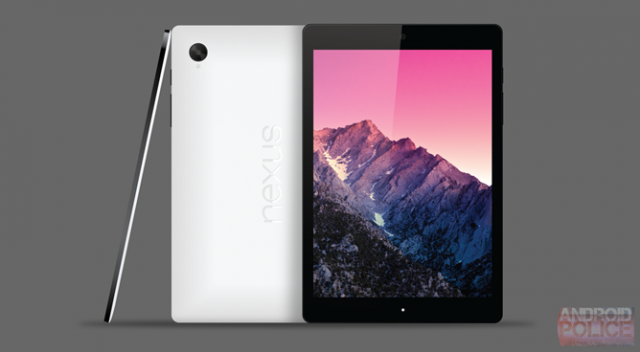 It never rains, but it pours, with no real news of the Nexus 9 (Volantis/Flounder) tablet for weeks and now two pieces of information in a day. Contender for the internet leaking crown, @upleaks, has released a few updates on a HTC T1 – which he believes to be the Nexus 9 – codenamed: Volantis/Flounder.

@upleaks has released a number of tweets over the last couple of days, listing specs as well as proffering a release date of this month. The spec list reads very similar to what Android Police advised when they initially advised of the existence of the Nexus 9. While similar there are some differences. According to @upleaks, the T1 will still come with a 64-Bit Tegra processor, 4GB RAM (as opposed to 2GB), with an 8MP rear camera and 1.6MP front-facing camera. The T1 will be available in LTE and WiFi models and come with Android L.

The only issue with this list of ‘leaks’ is the suggestion that the tablet will launch this month with Android L, which most Android enthusiasts expect to not be released officially until October/November. Whether this release will be purely a HTC tablet or a Nexus 9 is the big question, a release this month with Sense software is much more likely.

The person behind @upleaks, has some credibility, leaking information about LG’s G Watch, including a full ROM for the device in early June. There have been other credible LG leaks since, but this is his first foray into HTC rumours.

If the T1 is a HTC tablet, this would make the first tablet since the Honeycomb packing HTC Jetstream, exciting times for HTC fans. If it’s a Nexus tablet, this is the return of HTC to the Nexus fold since they made the first – and some still say, best – Nexus phone. If @upleaks is correct, we should hear something this month.

How do the specs on the HTC T1 grab you? Is the T1 the Nexus 9(Volantis/Flounder) or is the first in a new line of HTC Tablets?

Specs sound awesome, this is the next tablet for me whether it’s a Nexus or not

If this is real….then it sounds like it’ll be an incredible tablet.

HTC hardware with Google software. Is it possible to get a better combination? Absolutely will buy on day 1. Really want this to be true.

Also I don’t want it to be a cheap tablet. I really hope they go all out and get the absolute best parts they can in the tab, so it’s not ‘nice’, but rather ‘great’.