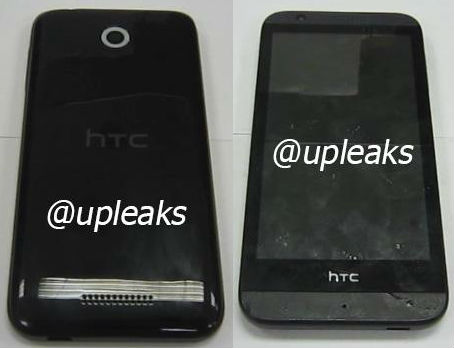 HTC has been putting much effort into producing their lower-cost Desire range of phones, with an eye to staunching the financial down turn of previous years where they concentrated on the more premium end of the market. But the Desire range could be the first series of phones in which HTC introduce the latest Qualcomm 64-bit processor, with leaker @upleaks advising a new HTC phone will be coming soon with a Snapdragon 410 processor.

The phone, pictured above, will be going to Sprint in the US, but that’s just one variant, it’s always possible, indeed likely, that it could see a release in other markets. The phone contains surprisingly similar specs to the HTC Desire 510 which we saw was coming to Australia in a leak over the weekend, although the clock speed on the processor is different, as is the planned version of Android. The exact specs for the HTC A11 were listed in this tweet from @upleaks :
https://twitter.com/upleaks/status/498013867767627776

The Snapdragon 410 is one of a range of 64-bit processors which Qualcomm announced back at MWC earlier this year. The 410 includes a 1.4GHz clock speed, Adreno 306 GPU, Wifi 802.11 N, as well as Cat 4LTE built-in. As exciting as it is, the 64-bit nature of the chip is a little premature, with Android itself not fully supporting 64-bit until Android L is released later this year – perhaps a good sign that the Android 4.4.2 release will see Android L quickly after it’s unveiling.

The manufacturing of the HTC A11 has apparently been outsourced to CompalComm, which is in keeping with recent changes that HTC made in their business model, in a bid to cut costs and return to financial stability.

Unlike the Desire 816 which launched recently, @upleaks also specified that the A11 would not be launched with BoomSound speakers. This too could be a sign that HTC is returning the Desire to a more bare-bones arrangement with hardware features to cut costs.

When or if we see the A11 here in Australia, is uncertain, but it’s good to see that phones with 64-bit processors are coming soon.

Dan apologies for the sidetracked comment.
I disagree with the premise of HTC’s decline. It was not concentrating on the to end of the market. It was releasing to many phone variants, not updating software on devices (including flagships i.e. DHD in Oz) and bloated Sense.
Quite interesting to see Samsung is going down the same path now. In terms of tactics I think this is what apple did better by using older phones as middle/low end devices.