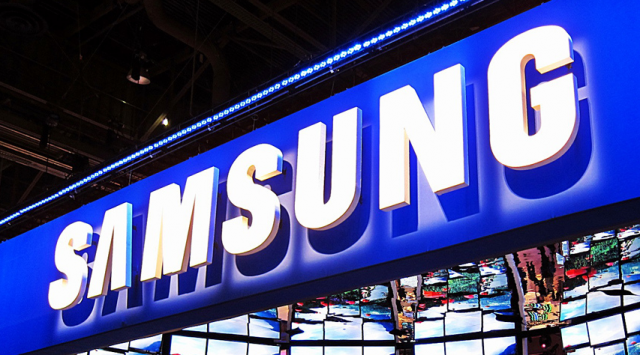 Move over blurry-cam, the Galaxy Note 4 appears to have made an early appearance in clear images that GSM Arena received from an anonymous tipster a short time ago.

Having had my hands on a Galaxy Note 3 earlier today; the images appear to have a slightly more square edge around the bezel of the phone, the sides appear to be metallic (continuing Samsung’s move away from the light, plastic feel) and sticking with the familiar Samsung home button.

The other image that made a fleeting appearance is the retail box of the Galaxy Note 4, it’s not far away and Samsung often have shipments ready to roll at announcement so we’re no doubt going to see the devices in store very shortly after it’s announcement. 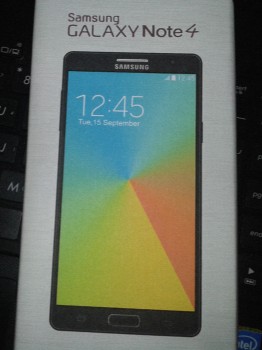 Either way, we’ll know the truth in a little over 2 weeks when the Note 4 is due to be announced at the Unpacked event on September 3rd.

Are you a fan of the larger form factor phones? What’s got you interested in the Galaxy Note 4?

I wonder if the Note 4 back is carbon fibre. They did say, “new materials.” Whatever it is, I’m just glad it’s not metal–that ruins antenna reception and increases SAR to the head.

To me the bezel on the box photo looks bigger than the photo of the device. I’d say it’s much easier to fake a box than an actual device. Wasn’t there a rumour going around from one of the top cats at Samsung about it being a new “form factor”. The only thing I can think that could be is the wrap around screen. I guess we’ll see soon.

Here’s hoping they don’t compromise battery life with putting in a pointless 2K screen just to keep up with LG.

From what I’ve read and seen, the Samsung Galaxy S5 with the 1440p
has the same battery life and performance as the 1080p version. So I
would say that Amoled scales better to higher pixel densities without sacrificing battery life like the LCD panels on the LG G3 and Oppo 7. Thank god!

That’s good to hear. I think the Note 3 screen is great and doesn’t need improvement (resolution-wise) so I hope they have concentrated their efforts on other aspects.

I’m still a sucker for a stylus (from Palm days) and the Note range combine that with top specs and huge battery life. I’ve got the Note 2 and it’s actually still going strong, haven’t felt the need to upgrade. But having recently cracked the screen (boo) I’m looking forward to the stupidhigh resolution the Note 4 is likely to pack

I think the selling point of the Note series was always the internal specs. Generally it was the most powerful phone on the market, and used to have the biggest and best screen.

It will be interesting to see if they can say the same this year, with so many quality competitors on the market.

In particular, the rumoured LG G3 version with a stylus will give them quite a challenge I think.

I had the Note 2 and loved the phone, but just can’t stand Samsung anymore. Switched to a Sony Xperia Z2 and loving it.

Has to be metal this time. I cant stand the hairline fractures. Very interested. Note 1 note 2 note 3 …s3 s 4…all suffered this issue. It really is the last time ill be buying one until a metal frame surfaces. Otherwise have lovedy galaxies

2 big and 2 squareish and the back material looks horrible

It’s no bigger than the Note 3, and if you’re not into the Note series, why read this article?
I’m not trying to be rude, everyone can have an opinion, but it’s kind of like me going to the iPhone articles just to say I’m not going to get one because they have iOS. If it was never going to interest you, why bother waste your time?