We’ve been waiting a while for HTC to make good on its promise – made at the time the One M8 launched – to bring BlinkFeed to all Android phones, but in the meantime The Verge reports that we’ll see a beta of Zoe this week.

Zoe in its current form – seen on last year’s One and this year’s One M8 – makes short highlight videos from your photos and sets them to music. You can also apply a number of effects and transitions and share the results, although the sharing has been a somewhat controversial aspect of the service as its relied on HTC’s servers where your data wasn’t guaranteed a permanent home. That’s set to be addressed as HTC transitions Zoe from an on-device app into a full social network allowing users to share their Zoes with the world in a more permanent way.

We noticed when we reviewed the Desire 816 that the app has been in Google Play since March, in an apparent non-functioning state waiting for its “Coming soon” promise to be fulfiled.

The app’s currently listed as incompatible with any non-HTC devices, which should change later this week when the software is finally released. At that point HTC is going to be up against the likes of Instagram, Vine and more – and if the company wants its social network to take flight, it’ll surely have to look at building iOS and Windows Phone versions in time. 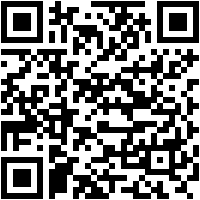 Are you looking forward to seeing Zoe come to non-HTC devices? Tell us in the comments!

Isn’t this more or less what google plus already does? When I take a bunch of photos in a day it suggest I create a highlight film thing based on them..