The old 3.5mm headphone jack isn’t as widely used as it once was, at least for plugging in headphones, thanks to ever improving technology in the Bluetooth headphone market. The latest bluetooth headphones to be released in the Australian market are the Plantronics Backbeat Fit – a pair of over-ear earphones aimed at the sports and fitness user.

Priced at $159, and available from a variety of retailers – Dick Smith, Officeworks and Allphones to name a few – in Blue or Green colour options, the Backbeat Fit earphones aren’t the cheapest option around, but they are pretty to look at, and lightweight to boot. But with a renewed interest in health and fitness, the Australian market is ripe for the picking, so Plantronics have a vested interest in becoming the premier supplier of Bluetooth headsets.

The last pair of Plantronics Bluetooth earphones to be released – the Plantronics BackBeat Go 2 – were in-ear bluetooth earphones which impressed some users, but due to the lack of over-ear hooks, weren’t that great for the joggers and cyclists out there who experience a fair bit of movement when wanting to listen to music or podcasts while exercising. With over the ear hooks, the Plantronics BackBeat Fit is much more secure on the head than other options.

The BackBeat Fit consists of two in-ear speakers with rubberised channels that direct sound into the ear canals. The ear-pieces are connected to rubber hooks, which uses a semi-rigid flat ribbon cable to join the two ear-pieces together. Each ear-piece has a control on it – Play/Pause and Volume control on the left and Call Accept/Reject and power-on/off on the right. While not specifically stated anywhere there’s also a battery in there somewhere.

The Controls are to be quite frank – Awful. They’re bad because they’re confusing, even to start with. The power button and volume controls are not labelled. In fact the only way you can find out how to turn them on or raise/lower the volume is by reading the small tag that comes attached to the unit, there’s no supporting documentation on the Plantronics Support page either. Volume is raised by cycling through what seems to be a low/medium/high settings using the single purpose volume button on the left ear-bud, while power-on/pairing is controlled by the single-purpose small button on the right. It’s a very confusing and not at all user friendly arrangement, but does allow Plantronics to shrink the size of the headset.

The BackBeat Fit is a very light-weight unit in comparison to other earphones on the market. I normally use the Jabra Sports+ bluetooth earphones and these are noticeably lighter. They’re also in some parts more comfortable, and others more uncomfortable. The ear-pieces sit very comfortably in the ear, with the channels directing music in to your ears quite nicely. What I did find, was that the fairly rigid over-ear hook/ear-piece combination tended to get a little sore in your ear after an extended period of time. The other issue I had was very edge-case scenario, in that the semi-rigid cable that joins the ear-pieces tended to either bump into my hoodie when wearing it, which pushed the ear-pieces out of my ears, nothing major but something to watch.

Let’s talk something a bit icky: Ear Sweat. If you work out, you sweat, some more than others and you literally sweat everywhere, including your ears. While nowhere in the Plantronics marketing material does it describe the BackBeat Fit as ‘waterproof’ per se, but they are ‘Sweat Proof’. Being covered almost entirely by a rubber material certainly lends itself to giving you confidence when exercising – even going for a jog in the rain – that they’re not going to give up the ghost when you need it.

Sound wise, there’s also a small problem – the BackBeat Fit just doesn’t have that much volume, but it seems specific to the environment you’re using them in. At the gym they couldn’t drown out the clap-trap that gyms are want to pump out and on a bus they couldn’t overcome the road noise. Where they were great was going for a jog, sitting in an office listening to music/movies, or just going for a walk listening to podcasts.

Power wise, you charge your BackBeat Fit with microUSB. There’s no included charger, but you do get a USB cable and you literally plug them in and the red LED eventually becomes Blue as they charge. Battery wise, the BackBeat Fit is killer. It takes very little time to charge and seems to last forever. In reality I was getting a cumulative 7-8 hours of use out of the BackBeat Fit, the specs estimate about 8 hours of listening/talk time and that’s about spot on. For such a lightweight little unit, it’s impressive.

There’s not much to the Plantronics when it comes to software. You pair your headset with your phone, tablet, laptop, car etc. by holding the power button down, at which stage the headset enters pairing mode. You can pair anywhere up to 8 devices to the BackBeat Fit, handy in a multi-screen world on a mobile accessory.

Plantronics also supply an Android App which can add some function to your BackBeat Fit. Called Find My Headset – the app literally finds your headset. It’s highly dependent on which model of Plantronics headset you have, as well as which phone and version of Android you have as to how much functionality you get. While it works with most Android versions from Android 3.x and above, there’s caveats which you SHOULD read up on before trying to rely on the software.

The find my phone function is not terribly useful, it emits a tone – you get a choice of three – but even with them sitting on the table next to me I couldn’t hear the tone being emitted, it was only when I picked them up and held them to my ear could I hear it. Trying to use this to find your earphones stuck down the back of a couch, in a gym bag or else where is unfeasible. The app screenshots show a Google 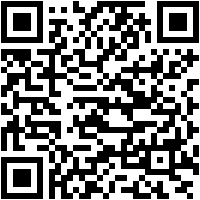 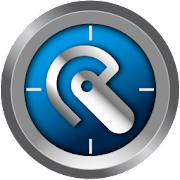 Using the Plantronics BackBeat Fit was a love/hate relationship. Battery wise and comfort wise they are great, volume wise, not so much. Due to injury, I’m restricted to the Gym at the moment, I can’t do that much jogging which the BackBeat Fit is more suited to with its lower volume, with not enough power to drown out the garbage music at the Gym, the fix of having to push the earpiece right into my ear canal while on the treadmill, was not a terribly effective solution.

At $159 the BackBeat Fit is definitely on the high end of the market and they are certainly well made and worth that price based on build quality alone. But, if you’re in need of a set of headphones which will deliver a lot of power when it comes to volume, then the BackBeat Fit just aren’t for you.

Glitch in the review.
In the Software section, the third paragraph dies after:
The app screenshots show a Google

‘The old 3.5mm headphone jack isn’t as widely used as it once was, at least for plugging in headphones’……i see many people still using ear phones plugged into jack rather than Bluetooth…. And I’m sure it lives for next 10 years
And i stopped reading after this line 😛

Fair enough – I see less and less people using wired headsets. As they get cheaper, it’s getting more common.