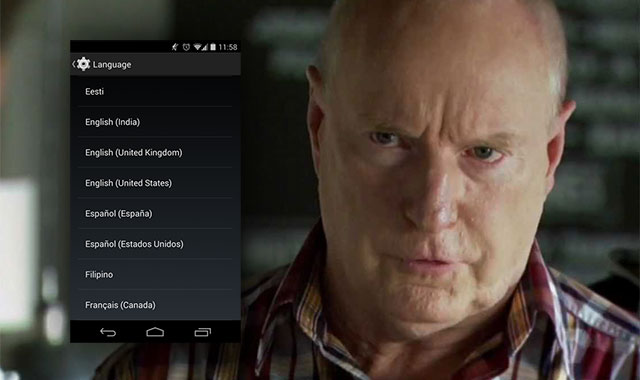 One of the options when setting up Android is Language. Currently you get a choice of English (United States), (United Kingdom) and now (India), but with options for English (Australia) buried in the options that you can choose later, who wants to select it later? Well, a feature request currently being looked at by Google for release in Android L could change that.

An Android user, Nancy, has lodged feature request 1061, in the Android Developer Preview Bug Tracker to try and entice Google into doing that. The request reads:

The feature request I (and many other Australians) would like is an option to set the default language and keyboard to English:Australian. At the moment, we are only able to select either English:US and English:UK as alternatives.
These are not sufficient as:
1)Spelling is different to the English:US ie: colour vs color, customise vs customize
2) The English:UK keyboard place the ‘pound’ currency as the default whereas we use the dollar in Australia which makes things very bothersome.
http://ausdroid.net/howto/make-your-nexus-5-speak-australian/ an outline of the current situation that has been there.

This would greatly benefit those of us in Australia in having a smooth and excellent language and keyboard option. It would also be great to have this option for those of us using stock Android tablets at university where it is bothersome to have to manually add words into the onboard word dictionary when using English:US

The feature request has been seen by a Googler – Basak Buyukcelen – who has advised :

Thank you for this suggestion. We will pass this along to the development team and provide updates as they are available.

Currently only 4 people have starred this issue, but with around 60% of the market in Australia using Android, surely we can make that number grow. Head over to the Bug Tracker and star the request and share the link around, hopefully we can get some serious numbers behind it.

I want Aussie English :- dollars are our currency. Spelling is different ie.colour – color.words often use Z instead of S
Do not know what Aussie rules football is.
Gridiron is not football because they throw the ball, occasionally they kick it using an aussie imported kicker. Cant they kick anball with those funny shaped balls.
Uhru Pete Pearson

The link is broken. How did this go? Did they do it?

New Zealanders should get on board here too. We’re both speaking the same variation of EN-UK with dollar signs instead of pound signs!

India? You are kidding? I’d prefer UK English but that £ sign always comes up instead of $, unless one uses Swift Key

The problem is, while this is a problem its only really a problem for nexus users!!! And you can use programs like more locale to enable the English Australian option. Even for non rooted devices.

I’ve noticed Sammy and HTC have English Australian enabled. It sucks that google treats us so poorly in the stock builds! Time to fix it google!

I’ve given feedback more than once over the years about this. Hopefully they bring it in.

Thank you for this Daniel!