Ever since I have had my OnePlus One I have had issues with the touch screen. In fact it was me who first reported it to Cyanogen Inc in the first place. At one stage it was so annoying for me that it was nearly a deal breaker. I came within the click of the buy it now button on eBay of swapping it for an LG G3. The finger hovered but just couldn’t bring myself to give up on the OnePlus One and pull the trigger. A couple of weeks ago we reported that OnePlus and Cyanogen Inc had isolated the cause of the bug and were waiting on a fix from a hardware partner in the form of a firmware update.

The good news is that the firmware update arrived as a patch to the kernel a few days ago. Of course, as soon as the Cyanogen Inc. team had dropped this firmware fix into their kernel source developers over at XDA were syncing their sources with the CM source and producing custom kernels with this fix incorporated. Being the adventurous type I was quite willing to be a guinea pig and test this out. I have since then flashed five different kernels including an official CyanogenMod nightly with the firmware update included. I can report back that the touchscreen issue is fixed, mostly.

The grounding issue where the screen was unable to handle any multi-touch gesture of any sort unless the phone was grounded (plugged in or in your hand) has been fixed. Not sure what mumbo jumbo the software engineers performed but considering I was expecting this to not be able to be fixed with software but hardware instead this transformation is amazing. The OnePlus One was able to consistently register ten individual touches. A welcome fix indeed, although all i really wanted was two finger multi-touch so they well and truly have that covered. 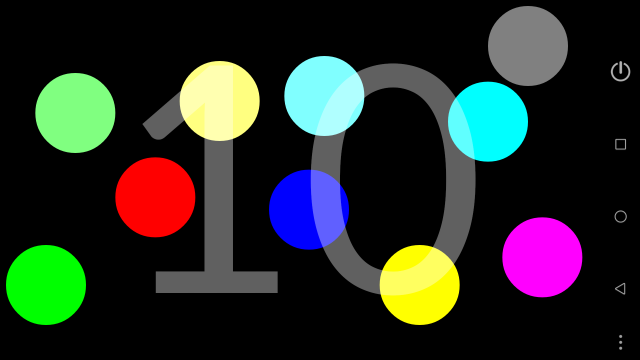 The bug where the phone registers ghost touches or swipes when it is unable to distinguish between individual touches close in time to each other (eg. when typing really fast) has been improved but not quite fixed. I had to type at my highest speed to get it to do the ghost touches so you could say that for most people in normal situations it is fixed. Typing really fast to a CM developer I know I sent the following message, you be the judge of how well it has been fixed:

So I flashed the lasted cm nightly and am testing out the touch screen and it a heaps better but there are still a. Few. Ghost to cubes or swipes hence the weird sentence above but I have to type super quickly to get that… It’s heaps be the than it was although ugh still not perfect

When is this fix going to be rolled out to users on stock CM11S? Your guess is as good as mine. Being a Google certified device each update needs to be given the ok from the big G themselves. Not all updates make it through this approval process according to a contact involved with testing updates on networks so it is definitely unknown when an OTA will arrive for those still running stock ROM on their OnePlus One. To those with root access it is easy to apply the fix. Find any custom kernel (Franco and AK are my favourites) or any custom ROM that has been updated this week over at XDA and flash it. Ensure that you choose the correct kernel for your ROM. CM11S (and it’s derivative ROMS) requires a different kernel to most other ROMs (CM11, Paranoid Android, Mahdi, etc). If in doubt search and read the threads carefully for each kernel.

To those who haven’t “rooted” their OnePlus One and you must have this firmware update NOW then you will need to follow the fairly simple rooting instructions. Once rooted with custom recovery installed all you need to do is flash a custom kernel of your choosing. As always be careful with what you are doing, read the instructions several times and learn what you are doing. We will not be held responsible for any errors you make (although I will be happy to try and help you fix it should that happen).

Did you have this issue with your OnePlus One? Have you applied the new firmware update? Did it fix it fully or did you have the same results as I?

Where it should be SYNAPTICS_UPDATE_FIRMWARE_TPK_H

The OTA for CM11S rolled out a couple of days ago.

Yes an OTA did arrive a couple of days ago but this update did not have the touch screen fix. This update had all the bug fixes that were meant to be in the July ota. The this.stage you cannot get the touch screen fix without manually flashing it. It needs to be run past Google before it can be pushed out

I’m hearing the 33 OTA will be out any day now with several fixes, including this one.

Ah, I see. Haven’t actually noticed this bug myself, but now that I try, I can reproduce it.

indeed I did the same zip CWR update with latest one.. but the problem persist

should I replace manually the kernel?