The Sony Xperia Z3 is expected to be launched in the next couple of weeks in Berlin at the IFA trade show in September. So, it’s no surprise that Sony is busily running the phone through various regulators making sure it’s certified for use in the markets it will release in. The telecommunications equipment certification center in China, more commonly known as Tenaa, currently has a Z3 and has listed the device with photos, as well as the specs, which mirror earlier leaks.

The phone will come with a Snapdragon 801 processor, come with 3GB of RAM, 16GB of storage which will be expandable via a microSD Card slot visible in the pictures supplied, it will also have a 5.3″ FullHD (1920×1080) display. Also confirmed is the 20.7MP Rear-facing camera which was shown off in earlier leaks.

The pictures show a phone which is still similar to the Z2, though has a few tweaks to the design, with Sony continuing to shy away from the sharp corners which showed up on the original Xperia Z. The phone was pictured in Black and White, so see what you think : 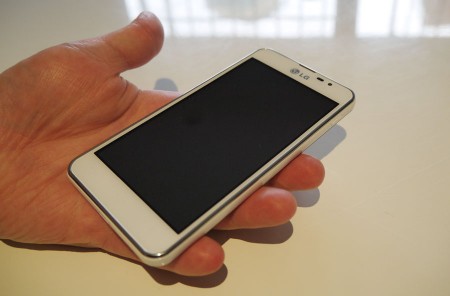 So one difference I can see (while viewing and writing on my Xperia Z2) is the speakers on the front. They’re not on the edge like they are on the Z2. Not sure if that’s a good thing or not, but I’m guessing they found a way to make them louder, since that was one of the small complaints about the Z2 that many people had. I’m obviously not going to upgrade to this, but if anything, I’m more keen to hear about the Z3 compact if it has similar specs in a smaller body, since I know that would… Read more »

Seems like a minor update but, frankly, so do almost all handsets right now.
Only really 2 big jumps on the market: Snapdragon 805 and QHD screen.
Both of those won’t even be noticed by the average consumer; I’d only care a bit about an 805, not at all about the QHD screen.
(That’s not to say that all 1080 screens are equal; I’d much prefer a great 1080 screen over a battery sucking QHD one!)

Why does this next gen phone still only have a 1080p screen ? Am assuming that it’s also the same TFT LCD tech?? Great way to stay ahead of the curve aye? So glad I ditched my old Xperia Z. Ain’t going back to Sony until they become an innovator rather than a follower!

Must be hard rebranding the Xperia Z2. Think of all those boxes and manuals they have to reprint with a ‘3’ instead of a ‘2’.

Sony engineers must have worked overtime with this one. Give them a pay rise I say.