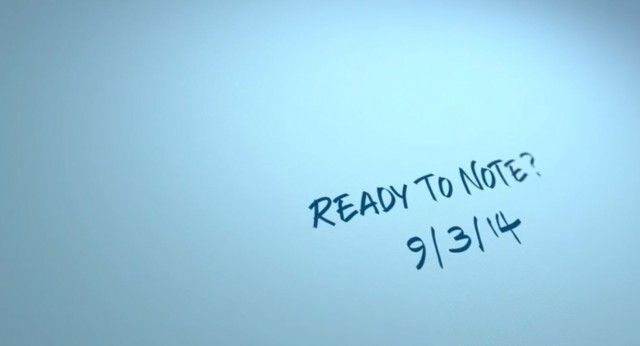 We already know the benefits of the larger screen, battery life etc. but Samsung wants the handwriting side of the Galaxy Note series and how well the device handles it. The clip shows a large number of people writing at the beginning on all kinds of surfaces – kids with crayons on furniture, adults on notepads with pens – before showing more people using the S-Pen to write on their Galaxy Note. It’s showing that Samsung believes we’re evolving with our materials, but that we still need handwriting, the art of calligraphy is far from dead as it were.

Finally, we’re reminded of the September 3rd date and asked ‘Ready to Note?’ The big question is: Can Samsung really bring something to the fore with the Note 4? There’s a lot of expectation out there, but from the list of runoured specs it seems Samsung are ready to give it a good try.

More important than the writing is the pen!
As you always carry your Note3/4 phone you never know when a friend with a Apple or WinPro-2/3 device may need to borrow your s-pen. S-pen is a win win win for all !