When the OpenSSL vulnerability hit earlier this year, many people took the opportunity to begin using a password manager. But, $12 a year put some people off when it came to using LastPass. Now, there’s no excuse with AppSumo offering a 12 month subscription to LastPass for free.

So, what is LastPass? It’s a cross-platform password manager which is offers syncing of your credentials to Android, iOS, Windows, Mac, Linux, Blackberry and even Windows Phone. Essentially anything with an internet connection, and with AES 256-bit encryption it’s secure as well.

Still unsure? Check out this video:

To get the deal, head over to the AppSumo website and enter your details (your email address) – but beware with such a good deal, they’re encountering some slow response. Once you’ve gotten your details in, you’ll receive an email with a link; click that link and sign into LastPass. Boom, you’re done. Of course AppSumo is a business, so you’ll definitely get emails from them – that’s where I heard about this deal. But, it’s generally worth it.

Head over to Google Play to grab LastPass for Android – it’s pretty awesome, allowing you to inject your credentials from the LastPass database into apps with little effort. Check it out in the Chrome Web Store and Google Play below and see what you think. 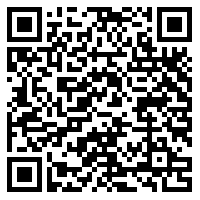 A big fan of LastPass and use it daily. Even got two factor authentication working. And, I’d rather pay the USD12 than be bombarded with SPAM emails. Highly recommend it.

Is it better than Chrome ?

I use KeePass which stores and encrypts the data locally on PC, Android or iOS devices. It’s one of the the popular alternatives and is free. I sync between devices using Dropbox, and Foldersync on Android. I can highly recommend it.