There’s no doubt that the first generation LG G Watch is a functional device first, and aesthetically pleasing maybe fifth or sixth; it isn’t the most glamorous watch. The same can be said of the charging dock; it’s a black little plastic brick, and it’s rather unappealing. It doesn’t look great on the nightstand, and on the desk, it just looks a bit out of place.

Enter Sydney design firm Aerios. Launched by the guys behind Gadgets 4 Geeks, Aerios has announced the Moduul range, with its first piece an upgrade to the dock for your LG G Watch. As you can see above, the Moduul G Watch Dock is a cooperation between timber backing and an anodised aluminium stand, allowing you to use the G Watch as a clock on your nightstand, or allowing you to easily see what’s going on on the watch while it charges at your desk.

How does it work? Simple. Check it out below: 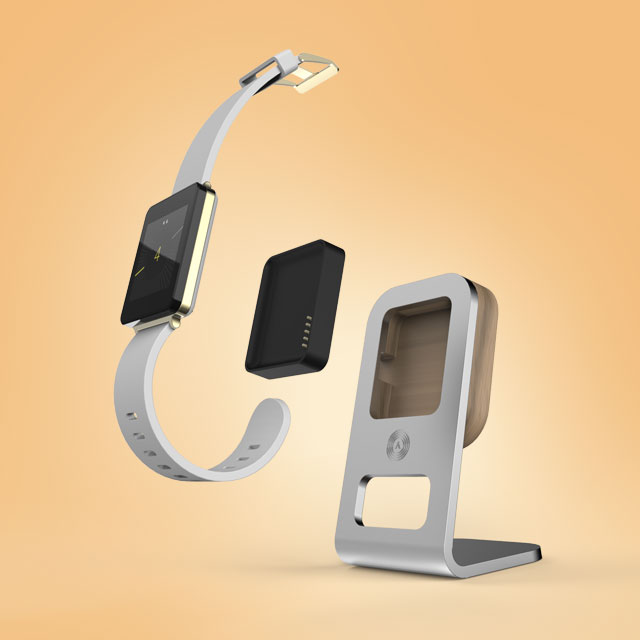 Aerios has decided to launch via an IndieGoGo campaign, allowing the team to raise $1,600 to pay for the final tooling of the factory tools needed to produce the Moduul G Watch Dock. The beauty of it is, Aerios will produce the stands whether the funding goal is reached or not, so you can invest with confidence that you will receive the products that your backing level entitles you to.

Options are available starting at just $5, which gets you a thanks from the team and a vinyl sticker to show your support, through to early bird support at $35 which will see you receive some product by late September. Further options are available for those who’d like to show a bit more support.

What do you think? Are you with us, and the guys at Aerios, in saying good riddance to ugly plastic accessories? Let us know!