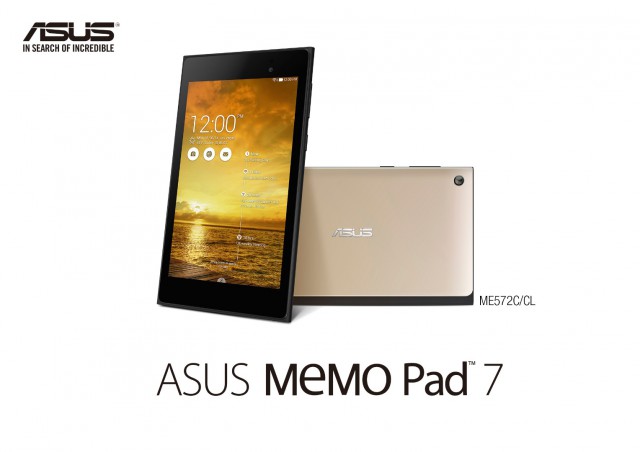 Asus just announced a refreshed MeMO Pad 7 at IFA 2014. Derek Yu, Senior Product Director, took to the stage to guide us through the new tablet’s features.

The company wants its new tablet hang with fashionable accessories – “high fashion meets high definition”, if you will. We’re not sure that’s something we’ve needed in our tablets until now, but if Asus wants to take a shot at it then they’re more than welcome to do so. 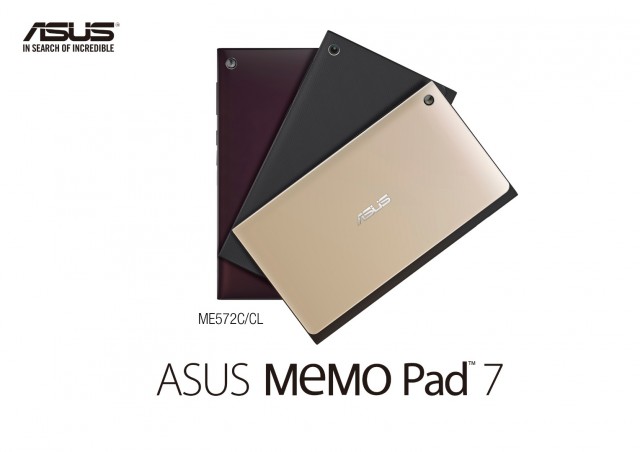 Visually, the tablet takes a cue from the company’s Nexus 7 (2013) – at least in the front with its larger bezels above and below the screen, while you can see the company’s drawn inspiration from fashionable clutch, wallet or handbag. The rear of the tablet is made from a combination of fibreglass and “duraluminium” (which nobody in the Ausdroid office had heard of until now) – Asus says this makes the tablet lighter, thinner and stronger.

Asus’ presentation was light on specs. Here’s what we know so far:

Asus also announced a 4G LTE version of the tablet will also be available – it’ll be powered by an Intel XMM™ 7160 LTE modem.

The MeMO Pad 7 will be available soon in Europe, starting at €200. Australian pricing and availability hasn’t been announced yet, but we’re expecting to find out in the next few days.