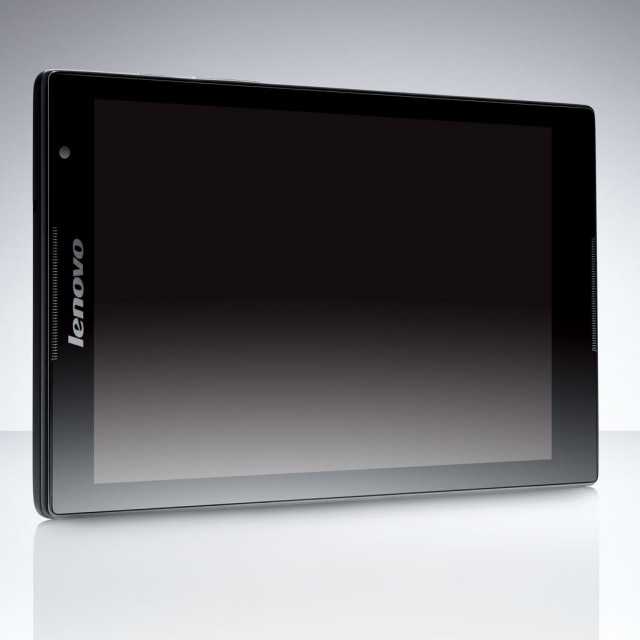 Lenovo have jumped the gun a bit on IFA 2014 by announcing the Tab S8 8-inch tablet with an Intel processor with a suggested retail price of $199USD.

This tablet is the company’s only Android addition in Berlin but based on the specs, it may be worth a look at if and when it makes its way to Australia.

The tablet features an 8-inch Full HD (1920 x 1200) screen 16:10 ratio IPS panel with an Intel SoC (Z3745) quad core processor @ 1.86Ghz with 2GB of RAM. The base model will come with 16GB of storage but unfortunately it has no MicroSD card slot for expansion. The front panel has two stereo speakers and a 1.6MP front facing camera with a 8MP rear facing camera with an F2.2 lens. It will come with Android KitKat 4.4 installed but with Lenovo’s skin over the top. The bezels are nothing to write home about but the tablet is only 7.9mm thick. Lenovo says the tablet will go on sale in major retailers in the US later this month. The tablet will come in black, white, blue and yellow but as always, we may not see all these colours available in every location. The spec sheet and press release below also mentions a 3G/LTE version of the Tab8, but we’ll have to wait and see which versions if any make their way down under.

Lenovo created the TAB S8 for consumers who are looking for a stylish, slim and affordable Android tablet starting at just $199. At 8-inches, the TAB S8’s 1920×1200 infinity screen is sharper than FHD, while the One Glass Solution touch-panel technology provides a crystal clear viewing experience. The tablet’s ultra-slim bezel seamlessly merges the screen with the dark front panel, giving the TAB S8 a sleek, clean look. The front panel also features a 1.6-megapixel HD camera for easy video chatting. Turn the TAB S8 around to reveal an 8-megapixel rear-facing camera. The wide aperture f2.2 lens snaps sharp photos, even in low light. Pre-installed apps, like SHAREit, allow for easy and safe photo and file sharing.
Engineered to give users the most from their mobile device without sacrificing portability, the Lenovo TAB S8 marks Lenovo’s first 8-inch Android tablet powered by an Intel processor. Available with the Intel Atom Z3745 Processor with Intel® Burst Performance Technology, the TAB S8 dynamically matches processing power to the task at hand in order to maximize battery life without compromising speed in a thin and light design. The TAB S8 is just 0.65 pounds and 0.31 inches thin, nearly as thin as a standard pencil.
Additional features include optional high-speed LTE (4G) connectivity (based on Intel® XMMTM 7160) and Wi-Fi for data connectivity, up to seven hours of battery life to keep users cord-free, and 64-bit technology compatibility. The TAB S8 runs Android 4.4 KitKat, includes 2GB of RAM, 16GB of storage, Bluetooth 4.0 and Dolby®-enhanced dual front speakers.

Update:
Unfortunately it looks like this will not be coming to Australia, with Lenovo Australia this afternoon advising there are no immediate plans to bring the Tab S8 to Australia. We will of course advise if Lenovo changes their minds.

Hopefully this tablet will eventually makes its way to Australia and  give consumers more choice to pick up a good quality tablet, at a reasonable price.