All 3 Xperia Z3 devices continue the design heritage of the Xperia Z line, however they’re evolutions of those designs, showing a much more refined look and certainly look quite beautiful.

As well as being beautiful, the Xperia Z3 tablet and phone range are also durable. The Xperia Z3, Z3 Compact and Z3 Tablet Compact are IP65/68 compliant. The IP65/68 rating is dependent on the ports and covers, which if closed tight can be kept under 1.5 m of fresh water for up to 30 minutes. 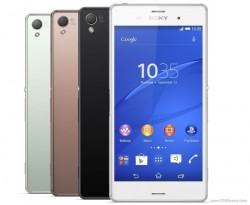 Xperia Z3
The Xperia Z3 is the latest in Sonys flagship Z series of devices, which Sony says blends design and engineering craftsmanship to deliver beauty that will stand the test of time.

The Xperia Z3 weighs just 152g and comes with an easy to use interface with a symmetrical design. The design of the Z3 has a 7.3mm thin, super-slim rounded aluminium frame with durable tempered glass panels completing the overall design. Sony have stated that the Xperia Z3 will come in a new range of colours which include white, black, copper or silver green. There will also be a Dual-SIM variety of the Xperia Z3 available as well, although no details where given when this could or would be made available. 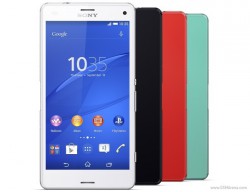 Sony are stating that the Xperia Z3 Compact has been built around a liquid reflection frame with tempered glass panels, allowing the device to just 8.6mm thick and weigh just 129 grams. The Z3 compact will come in a variety of colours including Orange and Green in addition to the usual Black and White colours.

The Xperia Z3 Tablet compact is Sony’s first small to medium tablet device which the company has stated is the worlds slimmest and lightest waterproof tablet. At just 6.4mm slim and weighing less than 270 grams this makes the tablet easily and quite comfortably able to be taken anywhere without any huge hassle. Sony have stated that the Z3 Tablet compact will come in either white or black colours.

Sony advisd the Xperia Z3 Tablet Compact will be made available in a WiFi and 4G/LTE variety.

Sony have also stated that all Xperia Z3 smartphones and tablets will come with:

PS4 Remote Play
The PS4 Remote Play functionality, means that the Sony Xperia Z3 can be used as a remote screen to connect to and control games on your PS4. Using Wi-Fi and a PS4 controller and the GCM10 Game Control Mount accessory, you can mount your Xperia Z3 or Z3 Compact to a controller and play games anywhere in your house without a TV.

You can also use your Xperia Z3 or Z3 Compact as a second screen using the PlayStation App to remotely watch your friends play or even just communicate with them through the PlayStation Network. You can even browse, purchase and then download games to your PlayStation 4.

We have reached out to Sony for comment on when the Xperia Z3, Z3 Compact and the Z3 Tablet Compact will be available here along with pricing.

Update:
It appears that Sony will be bringing their range of Xperia Z3 phones and tablet to Australia, with Sony Australia advising:

Sony Mobile Communications Australia will announce details on local pricing and availability closer to the launch of the flagship handsets.

Lookin good Sony. Keep it up and the Z6 Compact will be a sweet phone to replace my Z1 compact in 18 months time

That tablet looks sweet too. Need to upgrade soon and I had already decided on the htc nexus 9. Now I don’t know, pricing may be the decider

That tablet looks lovely. So thin, light and portable. It’s cool that it’s waterproof too. I do wish they’d gone for a higher PPI display – it makes reading more enjoyable. Samsung did it right with the Tab S display which is now the new benchmark.

We are being spoilt for choices here with the 8″ form tablets. The Sony, Nvidia, Lenovo and soon HTC/Google tablet. Good times. G