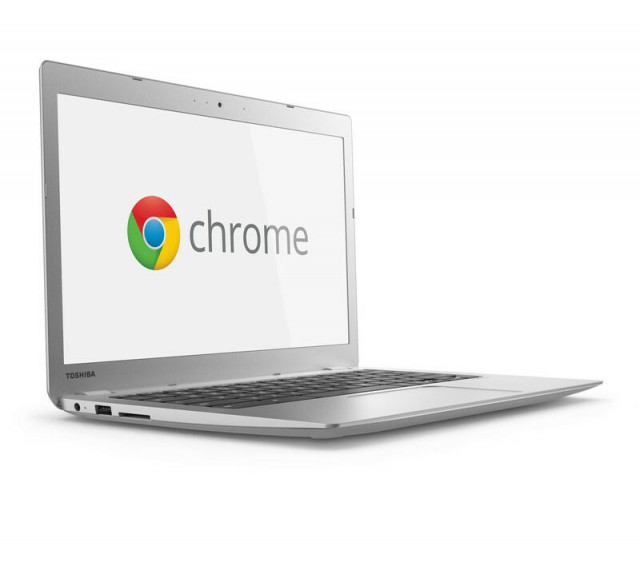 Toshiba Australia have advised that the Chromebook 2 – CB30(PLM02A-007001) – will be arriving in Australia this October with a retail price of $499. Unfortunately, the Chromebook 2 coming to Australia will not be the 1080P resolution version, it will in fact be the lower specced 1366×768 resolution model. It will however carry the updated Intel Celeron N2830 Dual-Core processor.

You can check it out now on the Toshiba website and we’ll be getting a Chromebook 2 for review as soon as they hit our shores. We’re asking Toshiba about the higher resolution Chromebook 2 and will advise if we get any information on the release of that model.

We’ve been robbed again. That sucks. I won’t be going near Toshiba now, looks like I’ll go Acer

WTF!! I thought – hoped – the 1080p version might be imported to australia, and might come in around the $500 mark. Looks like we are screwed again. It is funny how we get screwed in Australia, particularly in regards to chromebooks.

Oh well, I’ll just have to grey import it myself I guess!

Stupid price too… they are what 50% cheaper in the US?

I’m curious how performance on both platforms compare..

What even is Windows 8.1 with Bing? I’ve heard it all over the place but not sure what’s different from regular 8.1 :

It’s basically windows 8.1 preloaded with bing as default services. It’s free for OEMS to install on laptops. So it’s a competes with chromeos.

Grab me a Google Chromebook 11(the Google one, not the HP one) from BestBuy -they sell for about $230, compared to $350 here. Stupid pricing in Australia

Bugger! I am waiting on one with an HD screen. Looks like I will be waiting a little longer.