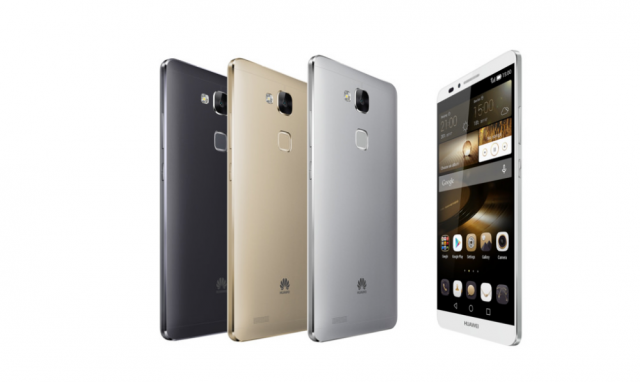 At IFA in Berlin, Huawei have taken the wraps of their latest smartphone, the behemothly sized Ascend Mate 7.

The phone carries a 6″ FullHD (1920×1080) resolution display, atop a body which is just 7.9mm thin. At 185 grams, the phone weighs a little more than most, but this is due to the construction of the phone, which Huawei are saying is made up of more than 95% metal, including a aluminum alloy interior structure.

The phone body also includes a first for Huawei, who have made a move into bio-metric security with the Ascend Mate 7, offering a rear mounted fingerprint sensor. Huawei see the fingerprint sensor as a way ‘to put an end to password fatigue’ and works with a simple press, rather than swipe which Huawei says makes the unlock process up to 80% faster. Huawei have gone to pains to advise that the sensor can be used with wet fingers, specifically stating it will work under light rain conditions. The sensor will remember up to five fingerprints in the ARM TrustZone within the chipset, which Huawei says will protect the fingerprint data from direct access by third parties. 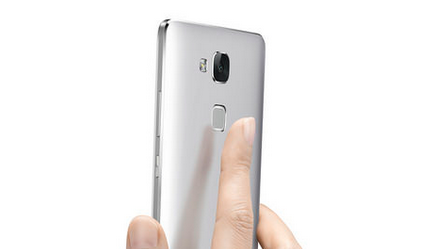 The phone comes with a 13MP Sony BSI sensor with f/2.0 aperture for the rear-facing camera, as well as a 5MP front-facing camera with a 5P non-spherical lens, which Huawei advise will allow for ‘higher definition and less image distortion’.

With the big.LITTLE arrangement in the processor, there’s significant power savings with using the lower powered processor, but Huawei have also included a 4100 mAh battery to truly offer all day battery life.

With Huawei a world leader in mobile telephony, Huawei have included Cat6 LTE connectivity, which offers download speeds up to 300 Mbps. The Ascend Mate 7 will come with their modified Android skin: EMUI, which is up to version 3.0. The new version is specifically designed to be operated with one hand – something imporatant to think about on a phone with a 6″ display. As part of EMUI, functions such as call, contact, and messaging can now be switched through using a single horizontal swipe.

Huawei also unveiled some new accessories for the Ascend Mate 7, announcing UltimoPower Active Noise Cancelling Earphones which will offer noise reduction by up to 15-30db. Also made available are new leather cases and a charging stand.

Huawei have advised that the Ascend Mate 7 will retail for €499 for the 2GB/16GB Model, while the 3GB/32GB model will cost €599. Huawei advised that the phone will roll out to more than 30 countries as of Q3 2014. Of course we’ll be speaking with Huawei Australia about release dates for the phone locally.