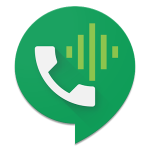 Google has finally decided to start integrating Google Hangouts with its older sibling Google Voice. We started hearing murmurs about this yesterday but it seems we’ve woken up this morning to the news that it’s done. A new app, called Hangouts Dialer, has landed on the play store and it enables some cool new features inside Google Hangouts.

Primarily, it gives users the ability to make phone calls from within Hangouts. So what, you might think. Well, here’s what. Users can place a call to any phone number in the world, with calls to the US and Canada being free of charge. Calls between two Hangouts users will also be free. While we can’t in Australia, users in the US can also pair a Google Voice number to their Hangouts service to allow calls from the POTS (plain old telephone system).

The Hangouts Dialer app requires Hangouts 2.3, which you might not have yet, so we’ve provided a download mirror link for you. If you’re the more cautious kind, just wait for it to roll out via the Play Store updates, which will probably happen in the next day or so.

There’s some new things in Hangouts 2.3 as well, most noticeably the update to the Android L ‘Material Design’ look. The header / action bar is actually thicker than it used to be (something I think is a backward step), and the swipe-to-archive gesture is also gone, another backward step. Swiping now takes you between a contacts tab and a list of previous/existing chats… something that some might not find very useful at all. Let us know what you think of these new features!

7 years too late but fucking finally!

I guess Android is now such a dominant force that the carriers can’t do shit about this.

Should be noted, this is just bringing Android up to par with iOS. Hangouts on iOS has had this functionality for a very long time!

Strange that they have enabled it as a separate app. Should have just been rolled as extra functionality in the Hangouts update.

I actually hate the swipe to archive function. I don’t want to archive my hangouts, and find I accidentally archive them all the time and then have to undo. Also, no option to disable the swipe.
This also goes for the photo gallery filmstrip view swiping to delete. Very dangerous when a toddler gets his hands on your phone. I hope they get rid of that in android L updates as well.

I’m the same. Never delete conversations, so swipe to delete is a menace! Having calls inside of Hangouts is handy. I use it to call a mate in the US (I have a Google Voice number so it’s free).

I tried it out today. It takes a really long time for the other end to start ringing about 10-15 seconds. But once you are in a call it is very smooth with no latency that I could notice. Also seemed just as clear as a normal call. I was on Optus 3G. When I tried it previously (a year ago?) via Gmail Hangouts it was noticeably delayed. Also the first time I tried it this morning it wouldn’t work at ~ 9:30AM. At lunch it worked fine.

It goes back to where you were last. So Hangouts Dialler/Hangouts just reopens Hangouts and you could end up in Hangouts contacts section, Messages or Dialler.

can android users send video over hangouts yet?

I wish theyd get onto that before all these aesthetic updates.

A video call? Cause I’ve been doing those for ages.

No, actually sharing a pre recorded video just like sharing a photo. It can be done via MMS, but not via hangouts.

Just as i read this, Play store notified me that an update is available. It’s gonna take a little to get used to this.
Is it worth getting rid of the Dialer app and moving to Hangouts Dialer?
Has anyone else already played around with it?